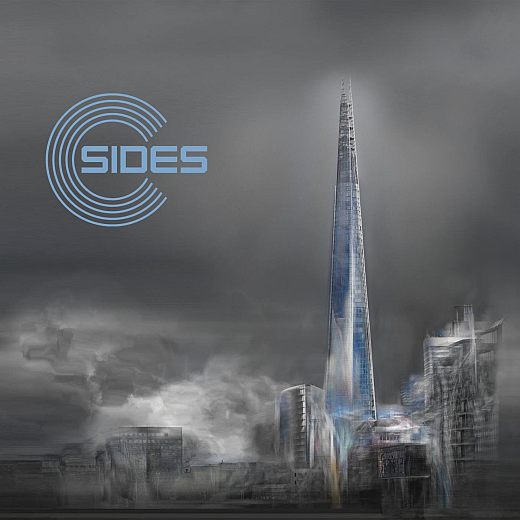 “We Are Now” is the new album from Welsh quartet C-SIDES, a band formed by guitarist Martin Rosser and drummer Allan Mason Jones after they left the excellent prog outfit Magenta some years ago.
T⁫his is C-SIDES second album, and certainly they took the time to carefully craft the material here (debut dates from 2011).

Musically “We Are Now” is a mix of Yes 90125 era, and Rush – particularly their ’80s incarnation when synthesizers were an important part of their sound – towards modern Neo progressive commercial melodies.

Among the highlights there’s the cascading guitar work of opener ‘Out Of The Water’ (with Rosser in particular showing some deft touches around the fretboard), the nice blend of acoustic and electric of ‘Black Road River’, the quite rocking ‘Rock And A Hard Place’, and the Rush-like riff of standout ‘Deck Chair City’.

“We Are Now” is an album that rewards the listener, as repeated plays reveal the rich texture, changing time signatures and instrumental ability of the band. The vocal melodies and harmonies present belie the sometimes challenging and complex musical arrangements that underpin them.
But basically, and despite the pretty long running time, all songs are easy to the ears, melodic and accessible.
Strongly Recommended.