After the just released ADRENALINE RUSH new album, one of you asked for the first CD, the self-titled “Adrenaline Rush“. Now 2017 this Swedish outfit is a true full band, but this debut record basically was the partnership of vocalist Tave Wanning and skillful songwriter, producer, multi-instrumentalist Erik Martensson from Eclipse, who provided all instruments, production & mix.

Accordingly, for me “Adrenaline Rush” (the album) was essentially a new Martensson project with a female vocalist, giving it a new fresh approach over past albums with Toby Hitchcock, WET and of course Eclipse.
As with everything that Erik Martensson touch, the sound, punch, and rocking brightness on “Adrenaline Rush” is top notch.

Overall, the musical style is a mix of European (Swedish in fact) and American female-fronted melodic hard rock inspired in the ’80s, much more groovin’ and melodious than the recent Adrenaline Rush album.

We find Euro arena-ready anthemic tunes in the likes of ‘Playin’ To Win’, ‘Want It All’, ‘Change’, while in the ‘Americanized’ side, ‘Girls Gone Wild’, ‘Hit You Like A Rock’ and ‘Black n’ Blue’ borrows the sound obtained by Motley Crue’s in their Dr. Feelgood album.
That’s meaning slick & polished, but still punchy. 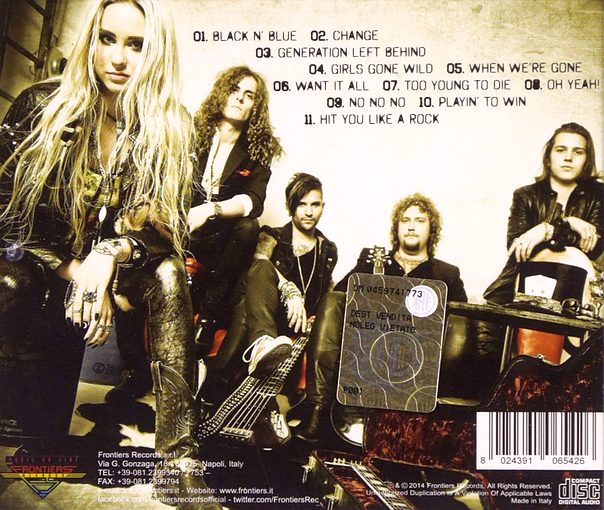 A huge, big sound is the key of “Adrenaline Rush”, Erik Martensson in its purest form complemented by the capable Tave Wanning on vocals.
Formerly of pop duo Peaches, Wanning’s phrasing is much more melodic here than on the last Adrenaline Rush record. While many will find much pleasure in emblazoning her appearance, it has to be said the singer has a quite a strong voice at her disposal with a way of singing that somewhat reminds one of Vixen’s Janet Gardner.
Highly Recommended