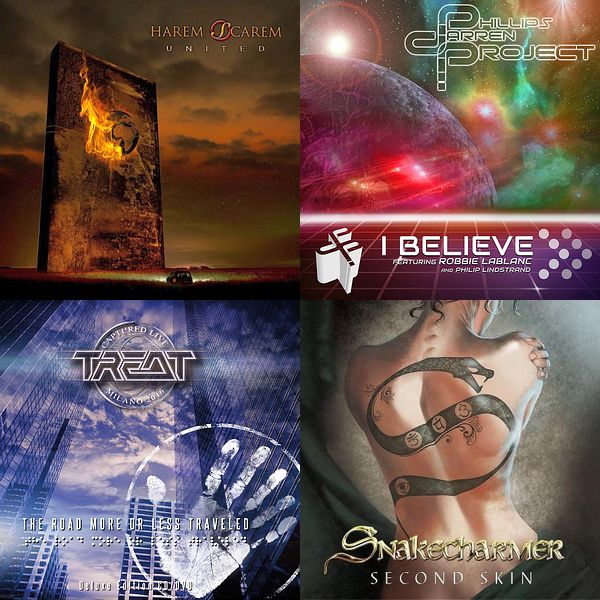 Let’s go with new advanced singles from interesting albums to be released in forthcoming months. From the always superb Frontiers Music camp we have ‘Sinking Ship’, the first, awesome single from HAREM SCAREM’s fourteenth studio album ‘United’ to be released on May 12. Super melodic song.

Also from the label, another kickin’ rocker from ADRENALINE RUSH’s next album has surfaced, plus a new track from TREAT’s upcoming live album; ‘Papertiger (Live)’, which if you ask me sounds even better than the studio version. The recording quality obtained on this album is amazing.
In addition to the 2 LABYRINTH tracks already featured on the previous 0dayrox Advanced Releases, we have the third single ‘Bullets’, a killer song.

And completing the news from Frontiers Music, I am in love with ‘That Kind Of Love’, the first single from SNAKECHARMER’s sophomore album ‘Second Skin’ (May 12).
Honestly, this is the best Chris Ousey vocal performance in years bringing to mind his AOR days in Virginia Wolf. You gotta listen this. Fantastic.

In May, Swiss rockers SIDEBURN will present their new CD, and listening the other song from the double single just released, the band has refined their sound with a polished production.

A real highlight in this compilation is ‘I Believe’, from the terrific THE DARREN PHILLIPS PROJECT. This talented musician & songwriter is recording an album with some of the best names in melodic rock. For this track, the great Robbie LaBlanc (Find Me, Blanc Faces) perform lead vocals, Philip Lindstrand (Strong, Find Me) on backing vocals, and the whole thing was mastered by Erik Martensson (Eclipse. W.E.T).
You’ll be blown away with this song.

RHINO BUCKET consisting of original members Georg Dolivo and Reeve Downes as well as guitarist Brian Forsythe (Kix) and drummer Dave DuCey have released the catchy ‘Everything You Do’, the second song from the band’s upcoming, awaited seventh studio album (April 21).
Also cult rockers JUNKYARD are back with a new studio album on April 21, 2017, and ‘Cut From The Same Cloth’ is the first single.

NO SLEEP FOR LUCY is an interesting new Swedish band recording their first album, check ‘Don’t Let Go’ and their brand of modern melodic rock.
Also from Scandinavia but this time Norway, ‘Tears ‘n Fire’ is the kick ass fist single from WILDNITE, a promising new act which lists its influences as “everything from the ’80s.”

‘Imagine’ is for the West Coast fans, taken from MACK KEANE first EP to be released next month. Yes, as you guess, Mack is family-related to legendary AOR genius Tom & John Keane (Richard Marx, Jack Wagner, etc), and his musical style is modern smooth pop with a L.A. West Coast background.
As bonus, you have the delicious cover of ‘Heart Of Blues’ (a Jude Cole song) done by talented Swedish cat STEFAN GUNNARSSON, still unreleased.