Let’s go with new advanced singles from interesting albums to be released in forthcoming months. “Only Broken Heart” is the new single from WARRANT, the first track from the band’s long awaited new studio album ‘Louder Harder Faster’ which will be released on May 12 via Frontiers Music. It sounds fabulous.
From the label as well we have a new LABYRINTH record, a band with almost 25 years in the business and a more melodic approach right now. And ADRENALINE RUSH delivers a punchy rocker taken from the next CD due the end of the next month also via Frontiers.

In April the rocking outfit WOLFPAKK fronted by Michael Voss are back with a new record. The first single ‘Blood Brothers’ is a killer track, featuring Saxon’s Biff Byford as guest.
In May, Swiss rockers SIDEBURN will present their new CD, and judging the double single just released, the band has refined their sound with a polished production.

JD MILLER already surprised us with his very good debut, but listening to ‘Journey Through The Past’, the advance from his new album on Mighty Music due April 28, I am pretty sure it will be much, much better. A bombastic song with a huge melodic production.
Another track from AYREON’s new album has surfaced, and it’s a delight for all melodic progressive fans.

After only one song on iTunes and without any commercial backup, Swedish Melodic Rock band ROCKETT LOVE received a great deal of radio time and a fully seated venue playing their debut gig. The single ‘Rocket Love’ had a big viral spin when Beau Hill took the song to his studio and produced it. The album will be released in April by AOR Heaven Records.
RHINO BUCKET consisting of original members Georg Dolivo and Reeve Downes as well as guitarist Brian “Damage” Forsythe (Kix) and drummer Dave DuCey have released a new song entitled ‘Hello Citizens’ from the band’s upcoming, awaited seventh studio album (April 21). It rocks greatly. 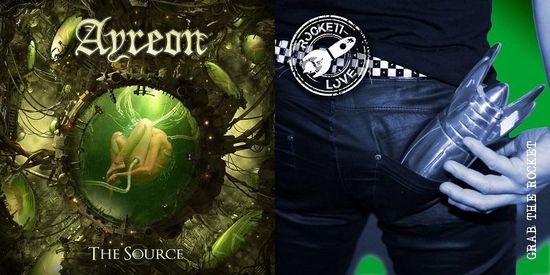 For West Coast / AOR fans here’s ‘Somehow I Found Home’, a new song from ANDREAS ALEMAN, a smooth, groovy tune with an ’80s feel but modern production.
For the last, check STEEL PANTHER’s two bonus tracks exclusively included into the band’s fresh album in its Deluxe Edition. For those doubting about this band’s talent, especially listen the excellent ‘Momentary Epiphany’ and the awesome harmony vocal arrangement.
More to come.