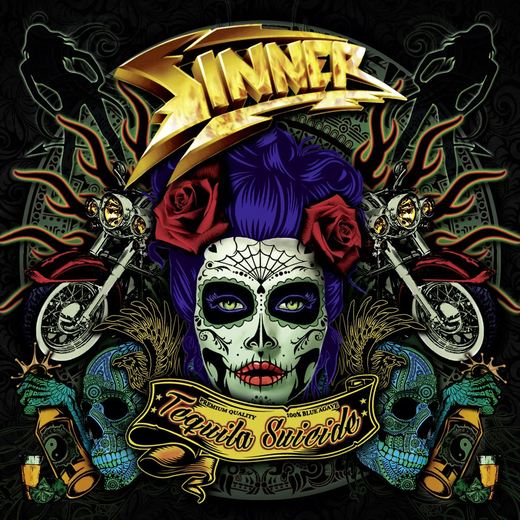 In spite of being involved in many musical projects such as Primal Fear and bluesy hard rockers Voodoo Circle, Mat Sinner always finds the time to work with his band, SINNER. The 31st of March will see the release of their new studio album “Tequila Suicide”, produced by Mat and the great Dennis Ward. The album combines solid songwriting with a powerful, balanced sound.

Numerous high-class guest musicians such as Gus G of Ozzy Osbourne & Firewind, Ricky Warwick (The Almighty, Thin Lizzy), Magnus Karlsson (Primal Fear) and Pete Lincoln (Sailor, Sweet) have contributed to this new work.
But the core of Sinner always have been Mat Sinner’s melodic vocals and a tight instrumentation, and “Tequila Suicide” is not an exception.
The first track ‘Go Down Fighting’ begins the album on a very heavy note that will sound great at peak levels. The track has a feel of traditional metal of the likes of Thin Lizzy and Saxon with the riffs and the gritty vocals. It opens the disc very ‘up’, however in my opinion it’s the only weak track on the CD.

Next is the title track ‘Tequila Suicide’ and now we’re talking; this one is also an up-tempo track but driven by a catchy melody and an ’80s feel. Classic German metal lovers like me will enjoy this very much.
The ‘Road To Hell’ intro sounds a lot like Scorpions’ Rock You Like A Hurricane but then goes into completely different territory with melodious guitar licks and groovy bass lines. ‘Dragons’ has elements of melodic metal as is implied by the name, and is another straightforward song with fillers of clean toned guitar and keys.

‘Battle Hill’ is another mesmerizing track with acoustics into the mix and some Celtic vibe, with an ‘anthem’ smell, but not the type destined for arenas. I think ‘hymn’ is the word. It’s the song that struck to me as definitely the best one on this album.

The next track ‘Sinner Blues’ somewhat digresses from the usual Sinner sound and it has turned out to be a great experiment. Well, at least for this band, as Mat already crafted this kind of tunes with Voodoo Circle.
This track proves how good a band Sinner is as they have nailed something completely different from their sound. Blues lovers will cherish this one with the breath-taking guitar playing and the old school bluesy vocals.

‘Why’ brings back the flow of the heavy music and promises that this album has more treats for our ears.
The next two numbers are also solid compositions; ‘Gypsy Rebels’ with a heavily sound, ‘Loud Clear’ it’s a jolt before the conclusive ‘Dying On A Broken’, a nice quiet song with bluesy background. 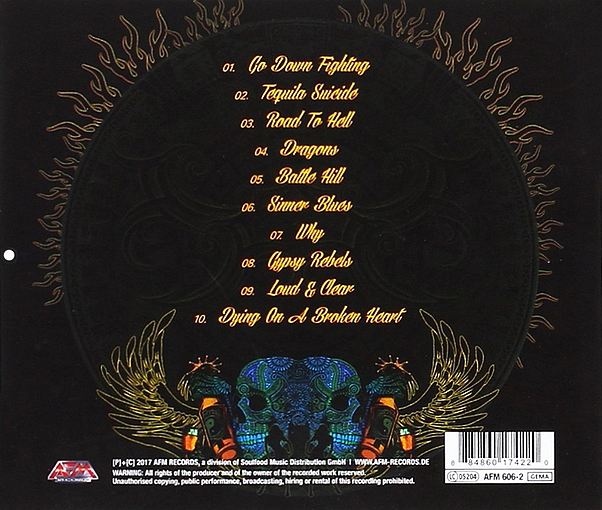 Being a band that has been put up on the same platform as other German legends like Scorpions and Accept, Sinner has proved their musical expertise once again with this new record “Tequila Suicide”.
Having elements of heavy rock / classic metal with a few experiments like ‘Sinner Blues’ (well, it’s classic rock after all), this album will definitely rock everyone.