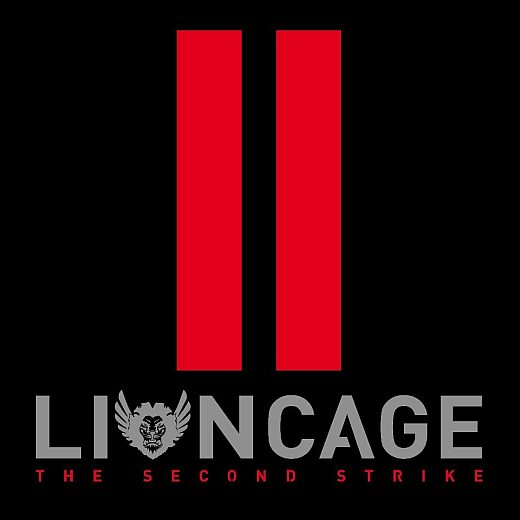 “The Second Strike” is the long awaited sophomore effort from German melodic rockers LIONCAGE. A band formed around three guys having beers at an European rock festival should have some promise, even success.
That’s how it began for Thorsten Bertermann (vocals), Torsten Landsberger (drums) and Lars Konig (guitar), who formed Lioncage to play their original music deeply rooted in classic melodic rock / AOR with little West Coast touches.

Lioncage cites the usual musical suspects as both peers and influences: Toto, Foreigner, Journey, Huey Lewis, Paul Carrack, Chicago, among others. Their music is large on big melodies, bigger hooks, harmony in vocal and guitar parts, and plenty of groove in the rhythm section.
Guest musicians (including the great Tim Pierce on guitar) add bass and a flourish of keyboards to give the songs a lush feeling and, often, that touch of aforementioned West Coast breeze.

Kicking off with ‘Mysterious Angel’ Lioncage serve up some nice warm and fuzzy West Coast feel AOR that proves that music can be the equivalent of ‘comfort food’.
‘Lights’ is similarly light AOR, while the classy ‘Sunrise’ adds keys to great effect and has an understated infusion of a little Pomp. If you like those you really can’t go wrong here as everything else is equally pleasant and more than capably executed.
More highlights include the laid back ‘Other Side of the Moon’, the harder chug of ‘When Dragons Fall’, the cool atmosphere of ‘Journeyman’ and the faster guitar-led closer ‘Save The Day’.

On this, their second outing Lioncage has come into its own. There’s a huge amount of confidence and no little finesse on offer here.
Perhaps the most significant feature of “The Second Strike” is that it’s better than the first album, has stronger songwriting and punch than its predecessor thanks to the guitar lines, which may propel the band to greater heights and more fans in the future.

Inherently then, in this album, there’s a new balance, even juxtaposition, of strength and sweetness.
If elegant Melodic Rock / AOR is where your heart lies then you need to listen to “The Second Strike”, you won’t regret it.
Highly Recommended