Housed into a deluxe mini-LP / cardboard sleeve package plus pressed on a high quality Blu-Spec CD2 disc, this Japanese remastered reissue of JOURNEY‘s “Trial By Fire” is a must have. (requested buy one of you)

If Journey‘s short-lived ’90s reunion sounded like a return to form, that was because the work – a lot of it – had finally paid off. New producer Kevin Shirley (Mr. Big, Aerosmith) put the freshly reformed early ’80s lineup of Neal Schon, Steve Perry, Jonathan Cain, Ross Valory and Steve Smith through a rigorous wood-shedding period in the run up to “Trial by Fire”.

By the time the album arrived in October 1996, Journey was working at a peak pace, able to put down nearly complete song takes live in the studio.
“The real challenge was, I don’t think any of us were used to rehearsing as much as we did,” Schon said about the recording. “But it turned out to be a good thing. We rehearsed for a good six weeks. That’s a long time. We basically rehearsed everything like we were going to play a brand-new record live, with no overdubs.”

In this way, Trial by Fire wasn’t just an attempt to recreate the sound this same fivesome once had on 1981’s Escape and 1983’s Frontiers, but to actually become the band they used to be – interacting live in the studio, trying as best they could to create first-take magic.
“There’s something to be said about that,” Schon adds. “When you have the time to get everybody together like that and rehearse, you get very comfortable with the material, the arrangements.” 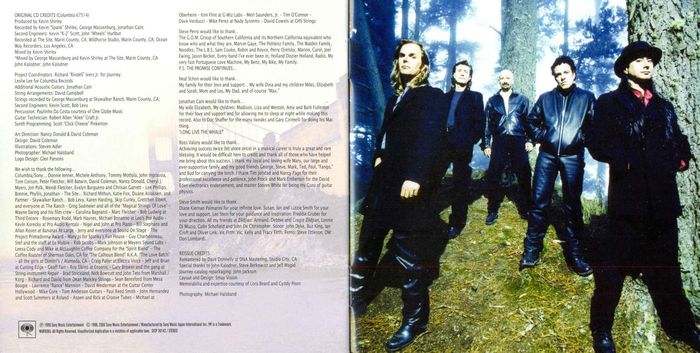 Shirley has said he wanted to hone Journey back into the well-oiled machine of their original era – when songs were often polished by the biggest groups out on the road, then arrived on albums fully formed.
“There are some magical elements that happen with the natural feel of a band,” Shirley told the Observer in 2016. “When you start to bring computers into the equation and are cutting things up all night and quantizing things, they can get very generic.”

The finished project blended every element of Journey’s former chart-dominating formula, making room for arena rockers like “Castles Burning,” throwback mid-tempo fare including “Message of Love” and more emotional moments like “Still She Cries.”
They also pushed themselves, showcasing newfound musical complexity on songs like “Forever in Blue” (one of my favorites) and adding a soaring orchestra to “When You Love a Woman”, which reached #12 on the Billboard Hot 100, and #1 at the Adult Contemporary charts.
Fans responded, helping “Trial By Fire” reach the #3 on the Billboard album chart, and Journey got a million-selling album for the first time in a decade. 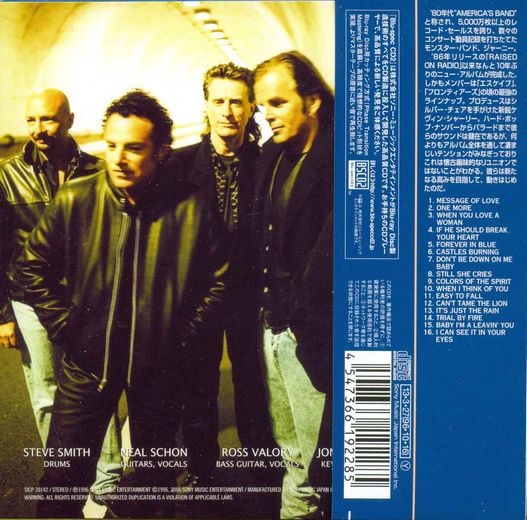 I laugh out loud when I hear / read that “Trial By Fire” was a cash-only return from Journey infesting the record with pop ballads. Poor deaf people, or, simply, they don’t like AOR.
“Trial By Fire” is, easily, the best AOR record appeared in 1996, a year when nobody – even less major acts – dare to release an album like this. It’s the more elaborated and mature Journey album ever, and it’s the last to feature the one and only Steve Perry.
Enough reasons to treasure this gem in your collection.
A MUST HAVE