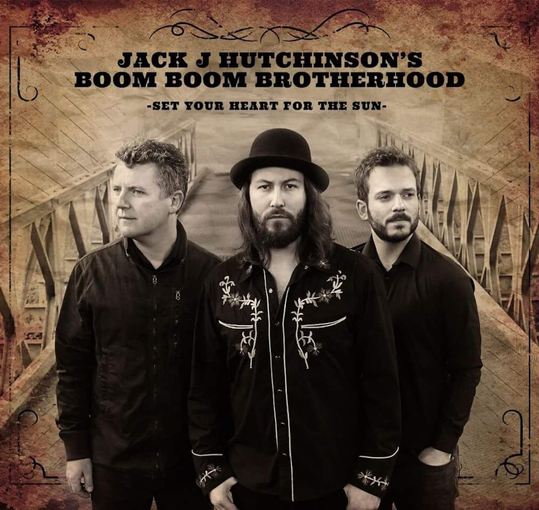 British Blues Awards finalist JACK J HUTCHINSON and his band BOOM BOOM BROTHERHOOD are releasing today March 3 their debut “Set Your Heart For The Sun“, a lovely record very much on the heavier side of blues rock; the power trio encapsulates the sound of classy British bands from the past with their own, fresh twist.

The sound of the album was very much influenced by the band’s love for classic rock.
Jack said; “We are obsessed with band’s like Led Zeppelin, the Allman Brothers, Peter Green’s Fleetwood Mac, Cream, etc. I think you can hear that in the music, but we are forging our own sound.”
Indeed, while Hutchinson & Co. have a pretty vintage approach to songwriting – the record features 13 original tracks composed by them – their sound is modern and updated.

I think opener ‘Love Is Gonna Bring You Home’ pretty much explains the Boom Boom Brotherhood’s feel. It’s an infectious number, with a driving rhythm and catchy fuzz-fueled guitar riffs plus traditional vocals with classic rock inflections.
By Hutchinson’s admittance: “The song started out as a delta blues song. But once the band (Rick Baxendale on bass and Jim Brazendale on drums) got hold of it and the Marshall stacks were wheeled out, it took on a different, rocking vibe.” 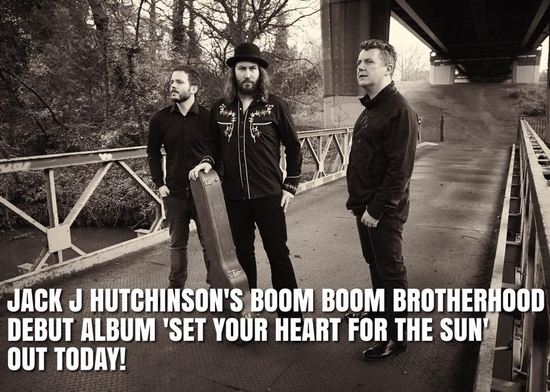 Other tracks to highlight include the hard infused ‘Souled Out’ and ‘Jezebel’, and the soulful ‘Long Time Coming’. All songs were composed by Hutchinson, while the extended, slightly psychedelic cut ‘Lone Dreamer’, featuring backwards guitar and Fleetwood Mack’s atmospherics, was composed by all three members of the band.
Renowned American harmonica player Tom Brundage guests on some tracks, such as the love song ‘The River Cries’ providing a nice touch.

Jack J Hutchinson’s Boom Boom Brotherhood have an obvious love for British classic rock, and it’s very cool to hear young musicians like these digging deep in this timeless genre to keep it alive for the new generation.
Very Recommended