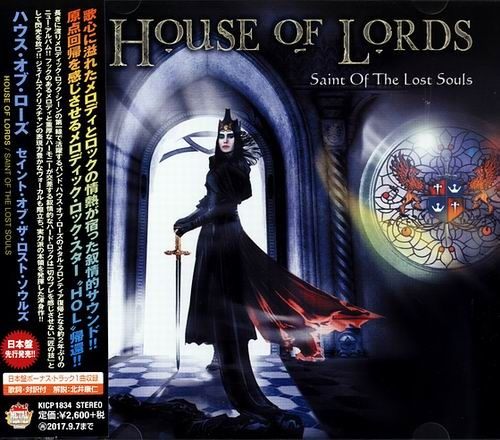 HOUSE OF LORDS returns with their tenth studio “Saint Of The Lost Souls” via Frontiers Music in a couple of weeks, but the Japanese Edition just appeared with a bonus track.
I don’t know if there are enough synonyms in the dictionary for the word “spectacular.” Lead singer James Christian, drummer BJ Zampa, guitarist Jimi Bell, and new bassist Chris Tristram have made, quite possibly, the best album in their history.

Produced again by Christian, this album contains 11 songs of pure melodic rock heaven for you – this Japan Edition featured the bonus ‘The Sun Will Never Set Again’ in its Acoustic Version.
“Harlequin” starts off this gem and it just flat out rocks. Now let me emphasis something before I go any further; if you don’t like guitar, just stop reading because this album is so guitar oriented it will make your head spin.
There’s not a song he doesn’t rip on. Not one. “Art of Letting Go” is just guitar perfection and has that classic HOL sound in it with a 2017 edge.

“The Sun Will Never Set Again” could have been written in 1987 if I didn’t know any better. It has all the elements of that classic rock power ballad very few bands can write anymore, and it quickly became one of my favorites on this release. Christian is one of the best singers out there, period, and this song proves it. 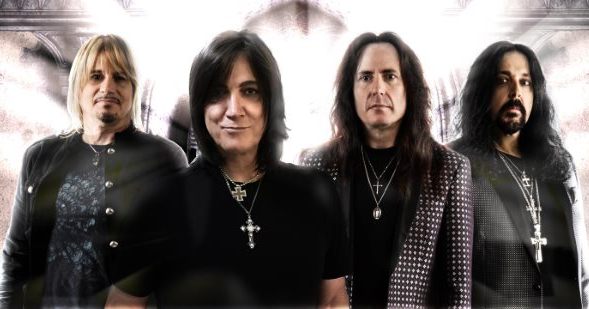 Not to mention Zampa’s drums and Tristram’s bass parts would be wrong of me. Title track “Saint of the Lost Souls” inspired the album name for a reason, and those two are half of those reasons. This song should be one of the singles. The planets aligned recording this song, not to mention the whole album. Bell is without question fantastic on this track.

Most Rock bands just don’t sound like this anymore, especially in the US. With Melodic Rock making a huge comeback, we should be so fortunate as to have this one right here in our own backyard. Frontiers Records should be extremely proud of this release, in my opinion, as it will undoubtedly be one of the best of the year, if not the best.
What a great way to start the spring. Thank you House Of Lords for this incredible album.
AWESOME