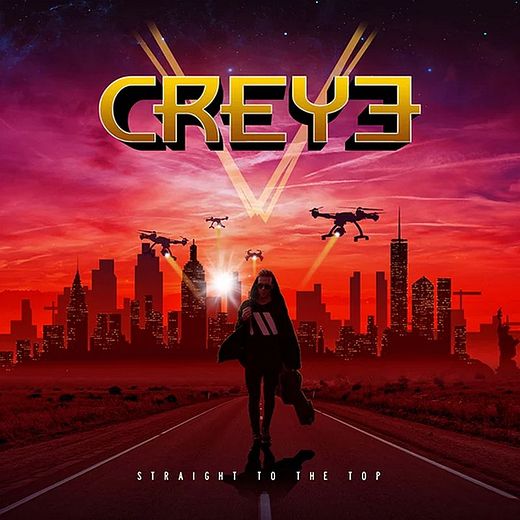 CREYE is a brand new AOR / melodic rock band that was created in Malmö, Sweden in early 2015 by guitarist Andreas Gullstrand. They are presenting “Straight To The Top“, the band’s fantastic debut EP delivering delicious melodies with a cool 80’s retro touch thrown into the mix.

Taking as influence the AOR / arena style from the glorious decade plus a modern sonic approach bringing to mind the first H.E.A.T – mostly due to excellent vocalist Alexander Strandell (Art Nation, ex Diamond Dawn) which reminds me Kenny Leckremo – Creye delivers 3 awesome tracks that leave us hungry for more.

“Straight to the Top” and “Never Too Late” are two little gems full of awesome keyboards, soaring vocals and choruses to die for. What I like about Creye is their ability to mix classy AOR arrangements with retro synthwave touches resulting in an impressive material.
As bonus, Creye offer here a remake of the ’80s classic tune “No Easy Way Out” (Robert Tepper’s hit for the Rocky IV soundtrack), faithful to the original but with the band’s own spin.

Honestly, I’m in love with Creye musical delight. This is pure AOR / Melodic Rock with a very original touch, and there’s no doubt the band will be signed soon by a big record label.
Can’t wait for a full album!