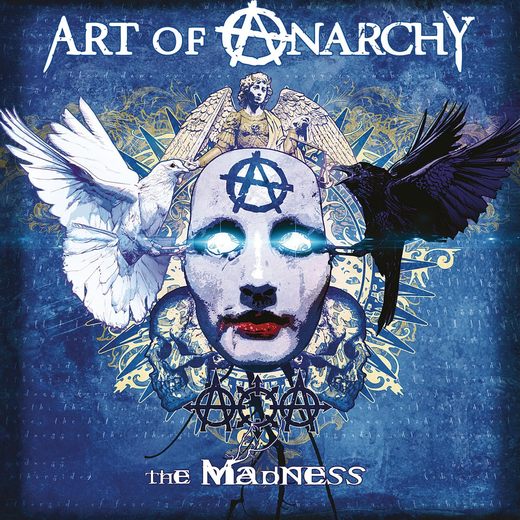 ART OF ANARCHY was started by brothers Jon (guitar) and Vince (drums) Votta, along with former Guns N’ Roses guitarist Ron “Bumblefoot” Thal and Disturbed bassist John Moyer. Though Scott Weiland denied being a member of the band, he laid vocals and wrote much of the lyrical content of the band’s first eponymous release. For their just released sophomore album “The Madness“, Art Of Anarchy tapped Scott Stapp, best known as the vocalist and frontman for Creed.

I approached this with care expecting some kind of alternative / modern rock affair, but Art Of Anarchy surprised me; while there’s a lot of modern guitar and a punchy modern rock radio orientation in production, the overall songwriting is based in a classic rock pattern.
I think the key here is Bumblefoot Thal’s classic rock formation, and his riffs and song skeletons turn this “The Madness” a very enjoyable experience for all audiences: the old and the young.
Additionally – and fortunately – Stapp sings from a different angle he did in his previous alt-rock band Creed, more raw and from the guts here.

Album opener “Echo of a Scream” is one of my favs, a slamming, large-sounding rocker with chugging guitars and a steady beat that includes some killer guitar solo trade-offs by Bumblefoot and Jon Votta. It’s an excellent start to the disc and it only gets better from there.
“1000 Degrees” is a stomp / clap rocker with certain ’80s arena feel, then “No Surrender” pulls things back a bit with a spiraling hypnotic guitar open that builds into a chorus with the band firing on all cylinders.

The strongest part of the disc kicks off with title track “The Madness”, “Won’t Let You Down” plays with the time signature a bit but Stapp absolutely nails it melodically, while “Changed Man” is the piece de resistance power ballad.
While solid, “A Light in Me” and “Somber” bring the album down a bit, before Art Of Anarchy end strong with a pair of raucous tracks that show what they can do with a little attitude.

“Dancing With the Devil” would feel right at home in Velvet Revolver’s catalog, powering forward with swagger to spare. Meanwhile, Stapp has repeatedly praised the album closer “Afterburn,” a more upbeat song with the singer belting about coming to terms with living with the things he’s done. 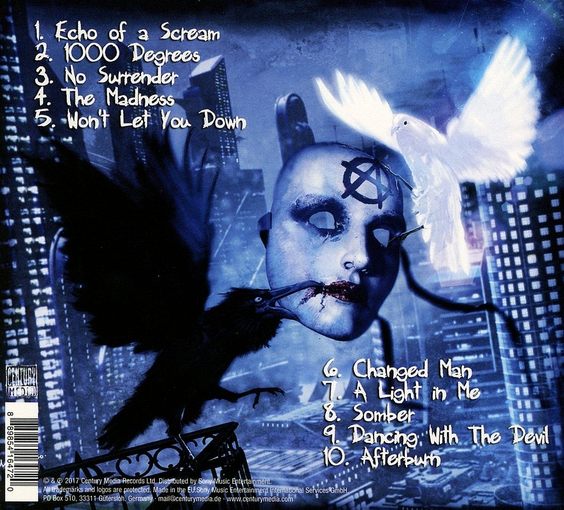 While Art Of Anarchy may fall under the umbrella of a super-group and they’re just getting started playing their first live shows, it appears as though they’ve definitely hit on something solid with this pairing of musicians. The musicianship is strong, the writing connects and they have a disc that could go deep in terms of radio singles.
However, this band is much more than just another ‘modern rock wannabe’, as their music feels quite timeless despite the modern – and excellent – production.
Strongly Recommended