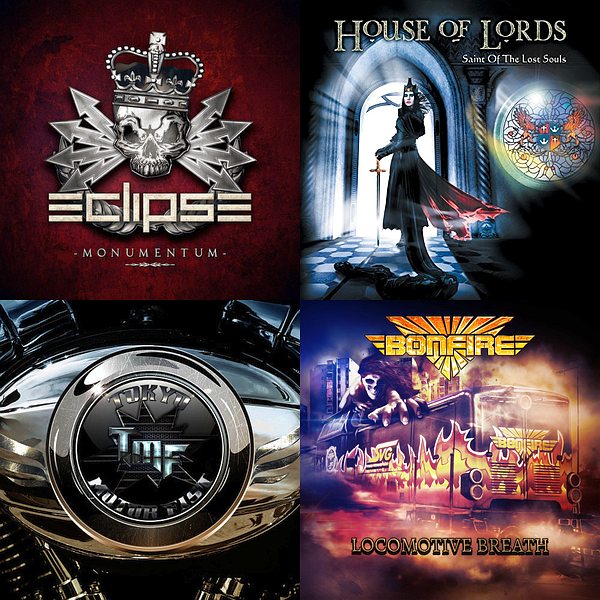 Between February / March there will be really great new releases, here’s a little look at advances to taste ’em all.
Frontiers Music has announced some great new albums for next March, James Christian’s HOUSE OF LORDS, here with another single, as well as Melodic Hard Rockers ECLIPSE.

More from the label, we have the 2nd single from the awesome project TOKYO MOTOR FIST (Danger Danger singer Ted Poley and guitarist/producer Steve Brown of Trixter) and UNRULY CHILD (featuring talented Marcie Free on vocals).

Also from Frontiers, in February another celebrated band returns: PLACE VENDOME, as always, including the talented duo of Michael Kiske & Dennis Ward. A great new single surfaced.
Then super-AORsters LIONVILLE released a 2nd single as well, the delicious ‘Show Me The Love’.
The last Frontiers release in February is ‘Symfonia’, the special show recorded by ASIA during the Sounds of the Ages festival at the magnificent IInd Century Roman Theater in Plovdiv, Bulgaria. we have an advance here.

JIMI ANDERSON GROUP will release soon an album that surely will delight AOR / MR fans. Jimi Anderson is the former vocalist with the tribute band A Foreigners Journey. The first single is simply superb.
And we have to offer another advance from Adam Barclay, known as THAT ROCK GUY, who will release his debut CD via AOR Heaven Records soon. Very good stuff.