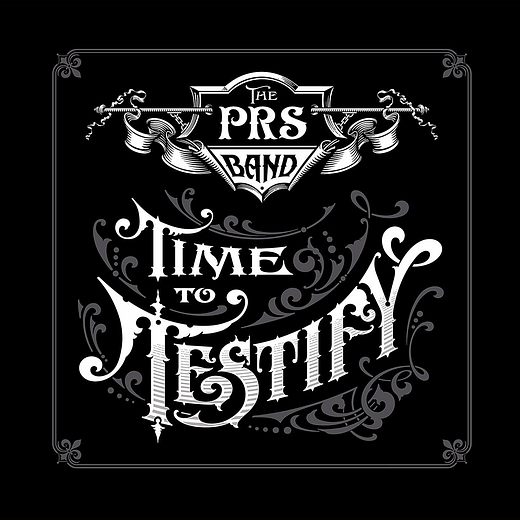 Paul Reed Smith has been designing top quality guitars for any number of name guitarists since the 1970s. Carlos Santana, Alex Lifeson, Bernie Marsden, Neal Schon – just to name few, have their PRS signature guitar. So it might be no surprise that Paul Reed Smith keeps his hand in with his PAUL REED SMITH BAND.
“Time To Testify” is rather a pleasant surprise (following his previous eponymous album in 2011), and for the most part Paul subjugates his evident guitar prowess to the groove.

Although Paul is most famous for his skills as a craftsman, he is also a talented musician who deftly applies his abilities in the PRS Band. Composed of the world-famous Grainger brothers (Greg & Gary) in the rhythm section, Michael Ault & Bill Nelson on guitars, Mia Samone delivering killer vocals, and Paul Reed Smith’s bold lyrical tone on guitar; the PRS Band has performed all over the world including England, Germany, Japan, China, Canada, and Italy.
The music is what Paul calls ‘Chesapeake Gumbo’ – their own combination of funk, rock, R & B, fusion, and DC/Baltimore groove music. With great musicians contributing, including session king Brent Mason and Mother’s Finest bassist, Wyzard, the group’s stone soup approach weaves together both talent and songcraft to turn in a CD that music lovers will enjoy.

The PRS Band’s classic rock groove is clearly demonstrated since the opener ‘Truth’ll Set You Free’. Ably aided by vocalist Mia Samone, a high standard is maintained throughout and there’s an almost perfect melding of rock and soul with psychedelic flavours.
‘Breathe’ provides a further standout, a really strong number.

Their take on Hendrix’s ‘Freedom’ and ‘Machine Gun’ works really well showcasing the band’s effortless glue, with Reed Smith’s guitar figures providing enough grit. In terms of guitar style, and the underpinning funk, the album should appeal to fans of Richie Kotzen and – in the more reflective moments as on ‘Tears In The Rain’ – Eric Johnson.
‘Testify’ and ‘Fifty To Life’ provide more great vehicles for Samone’s vocals and she excels on the Rufus-esque ‘Moving Mountains’ and the sinuously rocking ‘Runaway Train’.

Produced by Jerry “Wyzard” Seay (Mother’s Finest, Blackfoot), Paul Reed Smith, Brent Mason and Peter Denenberg with a vibrant sound, “Time To Testify” is being released by the Favored Nations record label, owned by guitar legend Steve Vai.
The album is a triumph in its execution with a very classy feel. Listeners new to this band will find the CD as fun to play as a choice PRS guitar.
Tasty.