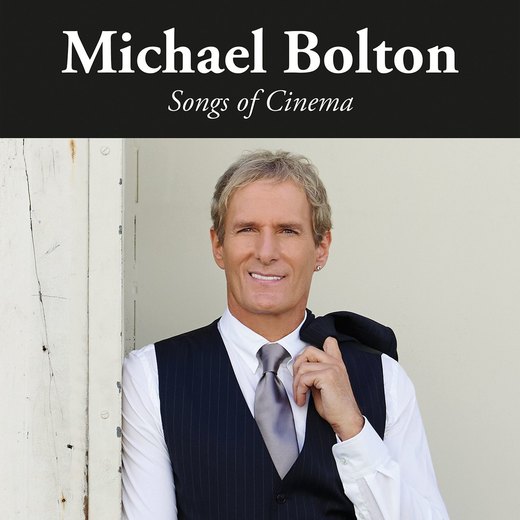 “Songs Of Cinema” is the title of the new MICHAEL BOLTON album to be released tomorrow by Frontiers Music.
The record includes brand new recordings of songs from iconic films such as “The Body Guard”, “Casablanca”, “Stand by Me”, “Risky Business” and “The Wizard of Oz”, among others.

If you are an AOR lover, you know very well Michael Bolton first half of the ’80s career, having recorded a couple of awesome albums in this genre with a biting, rocking approach.
But in the second half of that decade Michael decided to go for mainstream pop & ballads. I don’t blame him, but I lost interest in his music.

He achieved world-wide success, and was called from various Film Studios for soundtrack contributions. Most of them were massive hot sellers.
All of these songs are part of this “Songs Of Cinema”, re-recorded but pretty similar to the originals.

Why this album is being released by Frontiers Music is beyond me. It’s a release in the middle of the label’s regular batch, so I suppose there’s some contractual obligation.
Anyway, if you are a Michael Bolotin fan, grab this one. You know what to expect.