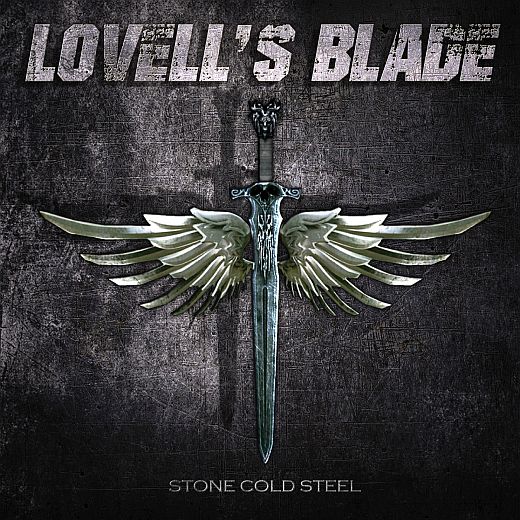 Lovell moved from England to The Netherlands to be the vocalist for the group Emergency that released the CD ‘Martial Law’ somewhere in 1989, a superb slice of melodic hard rock recently featured on this blog in its remasterd form here.
Lovell stayed in The Netherlands and became the singer for Picture with whom he recorded several albums (amongst them ‘Eternal Dark’, one of the bands finest efforts).
It was a bit of a surprise that about a year ago Lovell resigned from Picture to start his own group Lovell’s Blade.

A couple of months after starting out the band was already snapped up by Dutch label Into The Limelight and Lovell’s Blade also struck a deal for the North American territory with Divebomb Records. 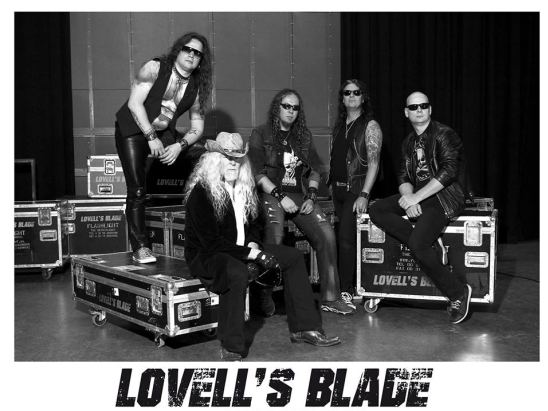 All systems go for Lovell’s Blade, and “Stone Cold Steel” is their first attack containing 10 strong melodic hard rock songs including various tracks in a classy midtempo form (‘Into The Sun’’ and ‘As Much As I Can’) but also some songs that pull the band in the direction of melodic metal / hard n’ heavy – like the fierce and uptempo ‘Out For Blood’.
So this is basically a CD that should appeal to a rather large rock audience as Lovell’s Blade can’t be shoved into a one dimensional musical style or approach.

Robust rockers like ‘Dynamite’, ‘Legend In A Day’ and ‘Devil’s Daughter’ will make you very aware that this outfit has got its shit together. A strong rhythm section, two inventive guitarists who come up with blasting riffs and who sound ‘together’ and a well experienced singer who puts it across with ease and power.

Then there’s one of my favorites, the arena anthem ‘Rise And Fall’, turned up in rhythm and groove yet delivering more AOR sensibility as well.
The aforementioned ‘Into The Sun’ is something like a power ballad, rather long at that making it a bit tiring. But the guitar solo soars.

Lovell’s Blade’s “Stone Cold Steel” a strong product from The Netherlands that will raise some eyebrows if the right promotion, advertising and touring is provided.
“Stone Cold Steel” is a great calling card for this new formation that is still developing, even though they all are seasoned musicians. It will be interesting to see what the future holds for these guys, they have the chops and certainly some kick ass songs.
Highly Recommended