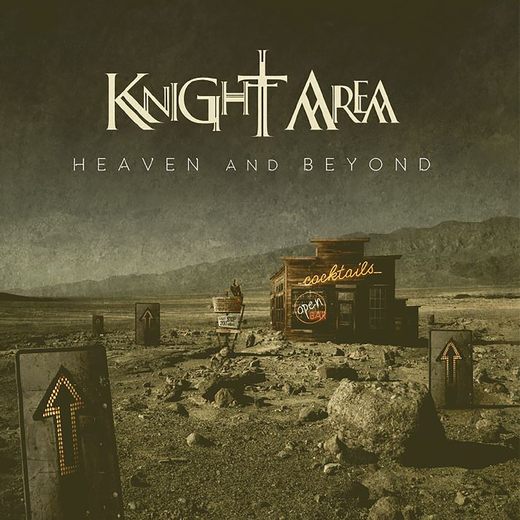 “Heaven And Beyond” is the new studio album (released today) from Dutch flagship of heavy / neo-progressive rock act KNIGHT AREA. Founded in 2004 by keyboardist Gerben Klazinga, the band played both in Europe and America showcasing their brand of prog music often compared with the likes of Pendragon and IQ.

“Heaven And Beyond” is Knight Area’s sixth studio album. Several line-up changes took place since they started their musical career 13 years ago. The current musicians include Klazinga (keyboards), Mark Smit (vocals, additional keyboards), Pieter van Hoorn (drums), Peter Vink (bass) and virtuoso guitarist Mark Bogert, the latter bringing a ‘new sound’ to the group.
When you have this type of guitar player in your band, you can be sure that the style will be more ‘aggressive’. Aggressive in a positive way, of course.

Certainly, Knight Area’s style has developed into a more guitar-driven sound, still neo-prog with some sympho touches, but more ‘rockin’ I’d say.
Mark Bogert is of course a shredder, with solos influenced by the likes of Joe Satriani and Steve Vai but always at the service of the song and perfectly integrating with the rest of the instrumentation in a true dynamic, uptempo prog fashion.
And you have the keyboards, lots of ivory in a neo-prog / melodic vein.

The album opens with subtle keyboard lines and melodic guitars. So the beginning of ‘Unbroken’ is certainly a statement from the band: less is more. The characteristic way of singing of Mark Smit makes this very melodic song complete with nice harmonies.
There’s very interesting twists and shifts on ‘Dreamworld’, the bright ‘Starlight’, ‘Saviour Of Sinners’, and the elaborated ‘Twins Of Sins’.
‘The Reaper’ starts threatening. The keyboards have a deep arrangement and the singing is a little more powerful, while a thrilling, heavy guitar riff drive the proceedings. After a melodic intermezzo the song continues with the heavy sound, a lingering guitar solo and a fast keyboard solo. A highlight. 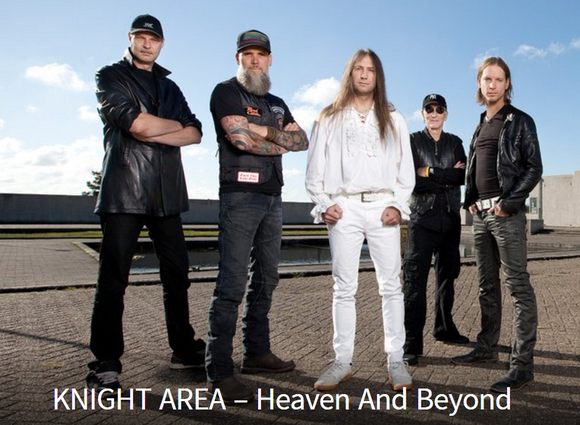 ‘Box Of Toys’ is a different beast, and one of my favorites as well. It begins with a big keyboard / guitar interplay, strong vocals appear and the full band simply rocks with melody. The guitar solo at the end is short but beautiful.
Title track ‘Heaven And Beyond’ is also a great number. A pure midtempo neo-prog tune with a fabulous main melody and a clean solo showcasing Bogert’s skills on the six-strings.
The album ends with ballad ‘Memories’, suave yet meaty and again delivering a soulful melody.

Knight Area is a very strong band on all aspects: superb musicianship but never overblown and the songs are easy to the ear but at the same time complex. Add to this the pristine production (managed by the band) and great mix by Joost van den Broek (After Forever, Epica, Star One) and you have a very good opus in “Heaven And Beyond”.
Strongly Recommended