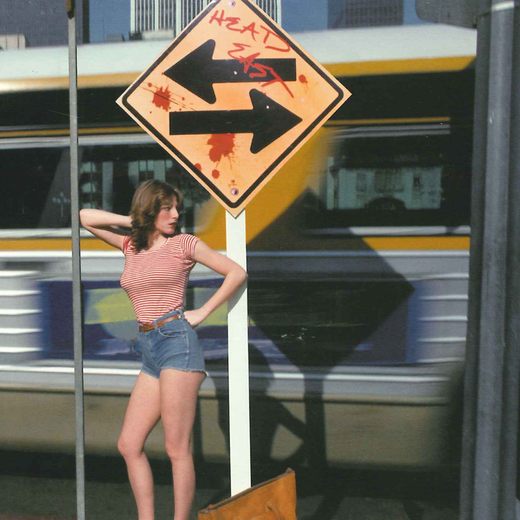 Time for some requests, and here’s the hard to find, out of print 2in1 remastered reissue of HEAD EAST‘s “Gettin’ Lucky / Head East” albums.
Hailing from the US Midwest and featuring future Petra lead vocalist John Schlitt, Head East was one of the more popular bands from the area back in the day, resulting in a record contract with A&M Records.
The self-titled “Head East” (also known as “The Roadsign Album“) is their 4th studio album, which produced the band’s highest-charting single, a cover of the Russ Ballard song ‘Since You Been Gone’ (later covered by Rainbow as well).

Hot on the heels of the successful Gettin’ Lucky, Head East recorded its follow up “Head East”. A more rocking, catchy, punchy sonic approach was planned for this new effort, with Angel (Giuffria), Roadmaster, Charlie, Harlequin, or the upcoming Journey taking as reference.
There’s a killer start with ‘Open Up The Door’, a sexy rocker on ‘Man I Wanna Be’, and a sweet guitar / keyboard interplay on ‘Nothing To Lose’ adorned with really good harmony vocals.

Then comes the very fun version of ‘Since You’ve Been Gone’, a riff-driven romp with ‘Pictures’, a radio-friendly melody in ‘I Feel Fine’ (akin future Journey), ‘Dance Away Lover’ is a great ballad and a personal favorite (a showcase for Schlitt’s vocals) while the awesome epic ‘Elijah’ brings to mind his next band, Petra.

‘Get Up And Enjoy Yourself’ is another highlight, a catchy song made for FM radio that truly makes justice to its title and shouda been a hit single.

The only reason an album this good doesn’t had mainstream success back in the day is simply because your record company doesn’t promote it. A&M was more focused on pop / disco around the era, anyway “Head East” managed to rank very well at Billboard’s album chart.
This is a feel-good record with a Big arena rock sound, catchy vocals and lots of instrumental hooks. Production is great for the era, crisp and clean. And this reissue sounds million bucks.
HIGHLY RECOMMENDED