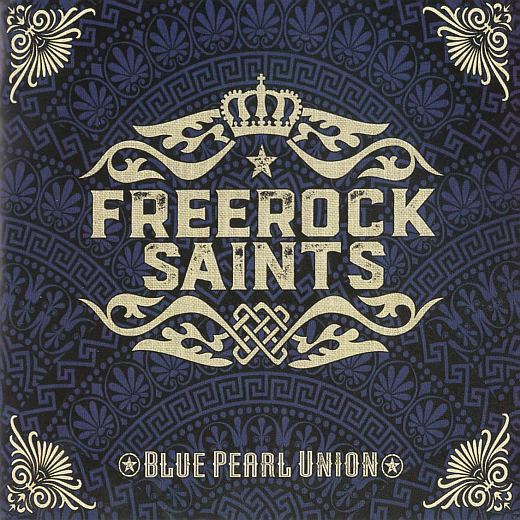 We absolutely loved the last Super Vintage album featured here on the blog, and I have to admit to worrying about whether FREEROCK SAINTS would be a step too far for guitarist Stavros Papadopoulos. For not only is this talented six-string-man the songwriter, singer and fret-master in Super Vintage, but he’s also the sole song crafter, guitarist and keyboard player in this new venture Freerock Saints and their debut “Blue Pearl Union” appeared at the very end of last year.

Well, after the first track my worries rapidly dissipated; Freerock Saints rocks…
Backing up the mainman is bassist Dinos Maltezos and Super Vintage drummer Lazaros Simitsis, all very talented musicians as well.
However, arguably it’s actually Areti Valavanopoulou who is the star here and possibly the real reason for Freerock Saints to come into being in the first place. Recent years have thankfully found women staking a claim for their place in rock and metal, but even with that in mind, this young lady is one hell of a find.

For some an accented singer may pose some challenges, so rest assured that Valavanopoulou suffers not even slightly from that affliction, her clear, rich voice handling the lyrics like a past master.
As you’d expect from an album featuring musicians who’ve only just released one of the best commercial slices of heavy blues rock I’ve heard for quite some time, the Freerock Saints sound stays pretty true to the Super Vintage course.

And yet, with such a talented vocalist fronting these tunes, cleverly Papadopoulos has toned things down ever so slightly. Yes, he still melts the frets on the solo to opener “From The Ashes” and continues to mesmerize across the whole album with his tasteful, fiery style.
However, as often as not, it’s the blues that are ramped up in favor of the rock, allowing Areti to fully flourish and delight with her vocal prowess. That doesn’t imply this front lady can’t add a rough edge to her delivery, or that her vocals are all sugary sweet, far from it.
The skill of a songwriter is in being able to fully utilize the tools at their disposal and with a singer of this talent, power and precision in their fold, it would be folly for Freerock Saints not to allow her the room to sit front and centre.

“Still Bleeding” is a perfect example, a patient introduction building into a seductively melodic illustration of how to make a bluesy song commercial and sexy. Underneath the consummate vocals, Stavros lays down a refined, intricate melody that buries deep into the mind, before ripping out a solo that impresses, while remaining completely sympathetic to its surrounds.
It’s a fine line expertly walked, but it’s also a trick pulled off time after time, “All I Need” a more insistent, powering and irresistible neck-strainer, “Roll With The Wind” a grittier, dirt under the nails rocker that hits home through its pulsating bass line and scintillating layers of backing vocals, also provided by the golden voice of Valavanopoulou. 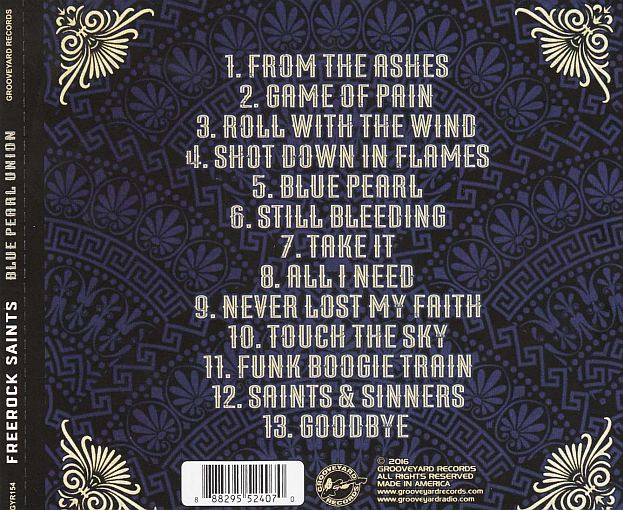 In Stavros Papadopoulos Grooveyard Records really have unearthed a supreme musician and songwriter. That they’ve also discovered a superbly talented singer in the shape of Areti Valavanopoulou says much for their dedication to all things heavy blues rock. Greece is hardly known as a hotbed of rock n’ roll, but if Freerock Saints and Super Vintage are anything to go by, that’s about to change soon.
HIGHLY Recommended