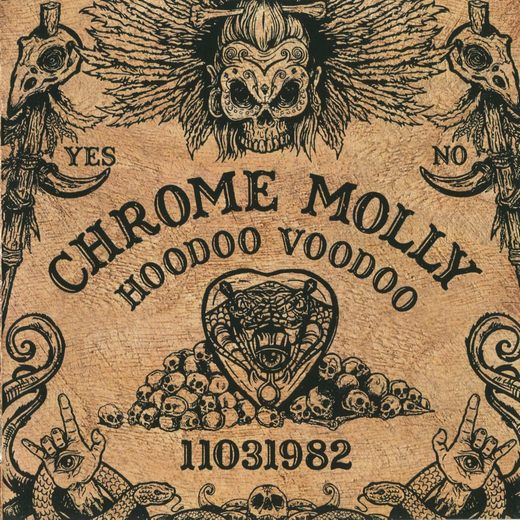 England, Leicester’s cult rockers CHROME MOLLY are back in action with a new album titled “Hoodoo Voodoo“, a 10-track CD that will take you on a fun trip back in time.
Chrome Molly made a bid for stardom in the mid to late ’80s, opening for Alice Cooper and Ozzy Osbourne among many others, playing the legendary Marquee Club over 20 times and headlining the CBGB in New York.

How do you take a band that has been performing and recording since 1983 forward? By going back to what you love; riff laden classic hard rock / melodic metal with tons of killer guitar solos that make you want to grab your air guitar and join in. That is what Chrome Molly have achieved with this, their 6th studio album “Hoodoo Voodoo”.
The new album draws on the band’s core influences. Formed during the latter half of the New Wave Of British Heavy Metal scene, the Mollies were always inspired by the great hard / metal bands and this album is something of a tribute to them – you might hear Judas Priest, UFO, early Def Leppard, Saxon, Rainbow and myriad others echoing through “Hoodoo Voodoo”.

By way of proof, just take a listen to “Pillars Of Creation (Albion)”. The song is from the Saxon school of fist-pumpers, and essentially is a namecheck of the greats (and as an aside how good it is to see Status Quo, so often overlooked, right in the mix too). And the other eight songs here (opener “In The Beginning” is merely an overture) belong in that company. 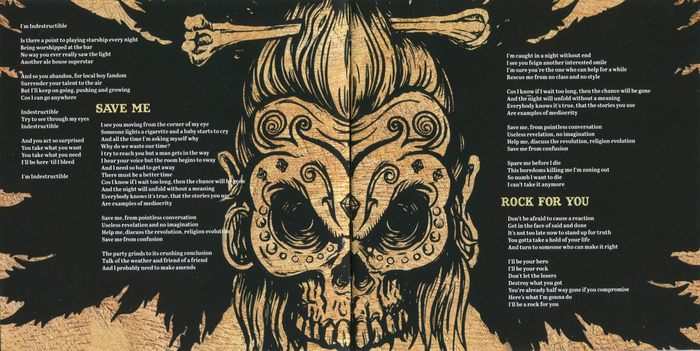 “Can’t Be Afraid Of The Dark” is like a cross between early Maiden and Deep Purple, “Some Kind Of Voodoo” is even better and is brilliantly British (“I used to wake up in the morning feeling lousy” sings Steve Hawkins in its first line) but also comes with a real slammer of a chorus.
“Indestructible” is another number that knows how to rouse the rabble, but is slightly less rooted in the late 70s / early ’80s vibe, while “Save Me”, with its UFO trademark riffs, is more the type of stuff that sees “Hoodoo Voodoo” excel.

Similarly, “Rock For You” comes in with a chunky, leather clad, studded belt of a riff and is all the better for it, and “Feeling Pressurised” – by some distance the shortest, sleaziest thing here – is a three minutes of maelstrom.
In among all this, there are two songs that show the genuine class that Chrome Molly have always had. “Now That Those Days Have Gone” is a gorgeous ballad adding acoustics, and at the other end of the spectrum is the closing “Dial ‘F’ For Freakshow” which is very much proof positive that you wouldn’t want to teach these old dogs new tricks and they can find trouble on their own just fine. 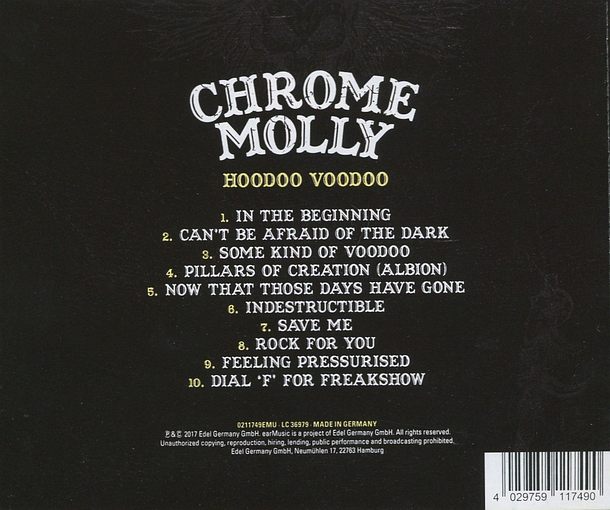 The versatility demonstrated by Chrome Molly on this album is truly palatable. Categorised as hard rock, I believe it encompasses several genres (or sub genres) greatly. The vocal range of veteran singer Steve Hawkins is put to test and he pulls off several styles with ease and expertise.
Musically and vocally strong, every track is a worthy credit to the album making selecting songs to highlight a difficult task.
The world might have changed and there might be a million ways to consume music, but you know one thing that never changes? Classic Hard Rock / Metal never goes out of fashion.
And Chrome Molly have provided a darn fine album of it here.