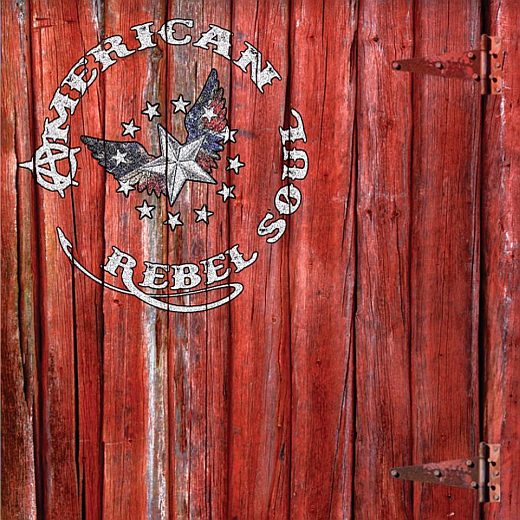 AMERICAN REBEL SOUL is a new American classic rock band releasing their debut CD via Perris Records. It’s not the typical glam / melodic hard rock stuff usually published by the label, but a solid young bunch of musicians inspired by the classic rock sounds sadly forgotten by the current US Rock scene.

With their original groove-oriented, old-school melodic classic rock, American Rebel Soul is a new band with a familiar sound, proudly flying the flag for the latest wave of ‘revival rock’.
“A lot of people keep asking; where are all the bands who play melodic blues rock?, and I tell them we’re right here,” says band co-founder and bassist Jimmie Earls.
“It’s never gone away, it has simply been pushed to the underground. Look at bands like Black Country Communion, Rival Sons, The Answer, and now American Rebel Soul… that sound will never die, we’re simply the next generation. This is not a musical trend, this is where our hearts lie.”

And indeed these bands mentioned by Earls are core of American Rebel Soul’s sound & style, and the guys add a pinch of melodic ’80s sleazy to it. Despite the southern flag you see in the album’s back cover there’s no southern rock here, but more melodic classic rock with a clean delivery and quite catchy rhythms.
Opener ‘Ready To Roll’ is one of the more commercial tunes from the album which brings to mind Australians Ragdoll, ‘One Shot’ has some The Darkness on it, while I found a little The Answer similarity on ‘Back Window’.

The slower ‘Revival’ add acoustics to the mix for a cool midtempo melody, and there’s a Badlands feel on No Apologies’. A more funkier foundation drives ‘Sacrifice’, then ‘Temptress’ rocks with a tongue-in-cheek purpose, even in an ’80s Sunset Strip fashion.
‘Tattooed Romeo’ is a simple yet effective riff-driven little rocker, and ‘Take a Stand’ provides a nice groove and harmony vocals.

American Rebel Soul is promising new, young American band with a lot of future. They need to polish some songwriting aspects but they have the chops.
The album, well produced yet with some little mix flaws on some tracks, it’s a solid collection of songs inspired by the greats from the classic rock field but the band add a touch of melodic (hard) rock from the ’80s which make them pretty interesting.
Perhaps it’s this ‘melodic factor’ which make Perris Records to sign them.
Rocks good.