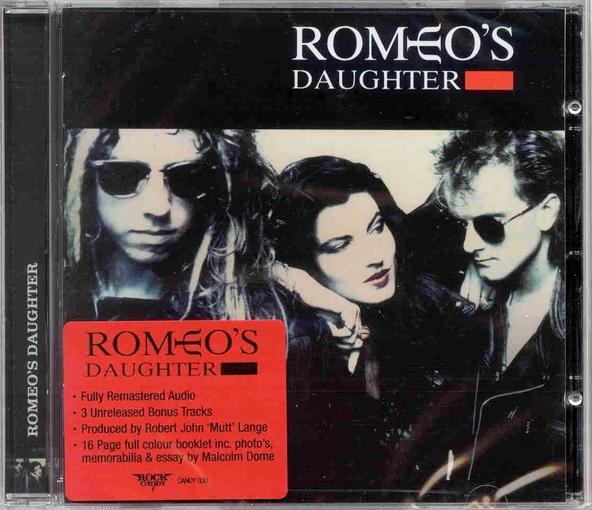 Easily among my favorite female-fronted Melodic Rock albums of all time, ROMEO’S DAUGHTER self-titled debut “Romeo’s Daughter” received a Rock Candy remastering treatment plus 3 bonus tracks.
The sound quality on this remaster is simply awesome, no doubt one of the best done by this prestigious reissue label.

Fronted with a marvellous sense of style by golden voiced Leigh Matty and supported by a team of grade-A band members and session musicians, “Romeo’s Daughter” blazed a path – with impassioned vocals, great production and songs to die for – through the Melodic Rock hinterlands during the late ’80s collapsing in an exhausted heap at the finishing line.

Produced by the legendary Robert ‘Mutt’ Lange and songwriter/performer John Parr, two of the hottest names in the business, and signed to the emerging powerhouse of Jive Records, the odds were stacked very much in Romeo’s Daughter’s favour.
Sadly, despite lashings of great press, radio play and an exploratory trip to the US market, the promise was never fully realised. 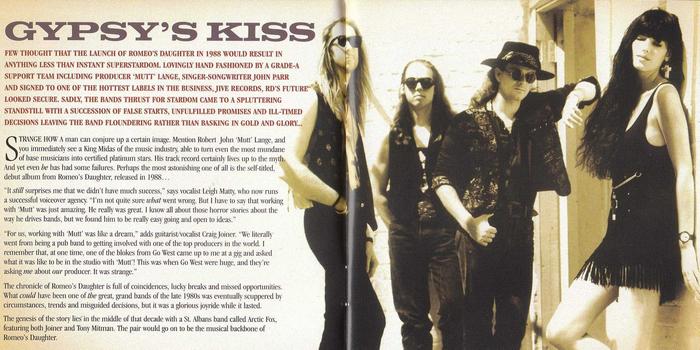 Originally issued in 1989, the album courted instant critical praise not only for its quality and sophistication but also for the way it bought British Melodic Rock back into sharp focus after years spent in the doldrums.

Compared with such mega luminaries as Heart and Def Leppard this album should have sold millions and propelled Romeo’s Daughter to fame and fortune.
Instead, we have been left with a rare example of one of the most complete and criminally overlooked albums of the late Eighties. 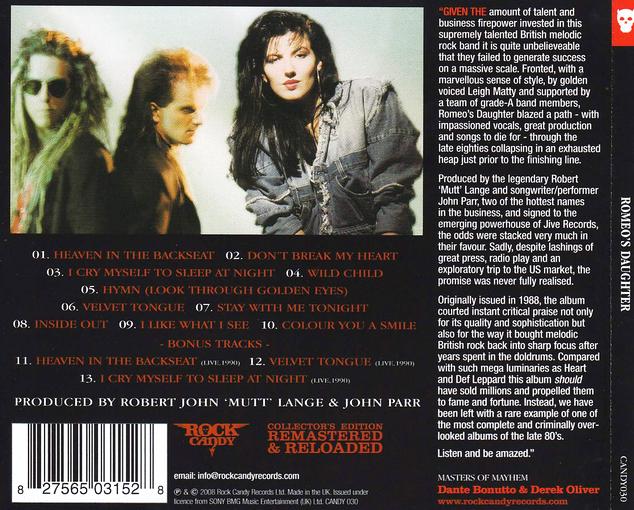 All songs on “Romeo’s Daughter” are pure gold, all Melodic Rock / AOR gems crafted with clinical precision and awesomely recorded / produced. Even the 3 bonus tracks were recorded live in 1990 with an incredible crystal clear sound.
“Romeo’s Daughter” is simply fantastic, and as said, this remaster is Superb. Request fulfilled, place yours!
A MUST HAVE