IMPERIAL STATE ELECTRIC – All Through The Night (2016) 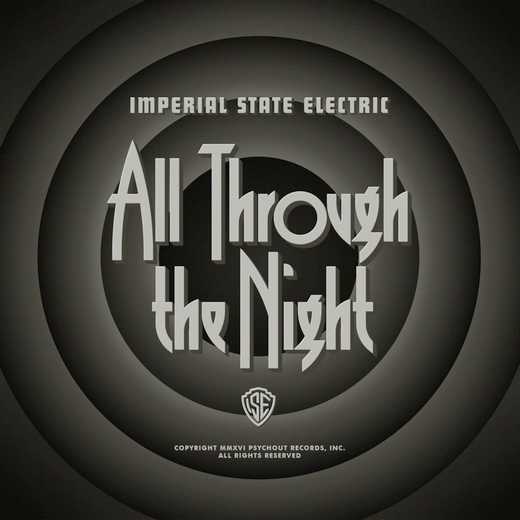 A creation of one of the hardest working man in rock – that is Swede Nicke Andersson, former Hellacopters and countless more, IMPERIAL STATE ELECTRIC released their latest full-length studio album less than a year ago and now they’re back with a great rockin’ new album titled “All Through The Night“.

Involved in so many and different projects at the same time, Nicke Andersson was asked how he made records so quickly.
His answer tells you more about the man and his records than any review is ever going to: “We play rock ‘n’ roll music” he said. “If it takes four years to make a rock ‘n’ roll record then you have most likely over analysed an art form that isn’t meant to be analysed at all. You should feel it and to me, this feels real good.”.

“All Through the Night” is musically far away from Andersson’s metal roots with Entombed, but it is equally brilliant. This is fantastic good-natured rock music. A rollercoaster journey through the fun side of the rock music world. Great melodies delivered in all shapes and forms.
On this album we get hard rock, Rock&pop, country rock, blues, and much more. I don’t think there is any kind of music Nicke Andersson and his band can’t and won’t do.
What’s there not to like? The album has got a bit of a retro feeling to it while still sounding modern.

From the album artwork recalling the cartoon golden years, this is all about fun.
“All Through The Night” is stuffed with rollicking rock n’ roll that’s as classic as the Levi 501s / white tee / leather jacket combo, as flash as a top-down Ford Mustang and as American (despite the band being Swedish) as aerosol cheese.
Imperial State Electric might actually be the most honest band on Planet Rock too, given that you’d imagine that the four men who make up the band Dolf de Borst: Backing Vocals, Bass, Tobias Egge: Backing Vocals, guitar and Thomas Eriksson: Drums, Percussion all join the singer/guitarist, are all steeped in the music they play. 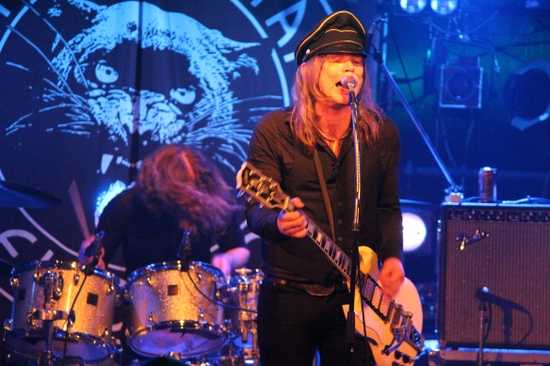 That’s surely the only way you’d get the full-on type wall of sound of the title track (and Springsteen would have killed for this circa The River) and the incredible outpouring of ebullience that is “Get Off The Boo-Hoo Train” which some kind of The Georgia Satellites vibe.
It’s also this whatever happens, happens, attitude that pervades “Break It Down” (a duet with Linn Segolson) and “Read Me Wrong” which are countrified in the way that Gun’s N’ Roses version of “Dead Flowers” is, and makes that the harmonies of “Over And Over Again” quite so loose limbed.

Actually, this slightly different air had been evident since the start. “Empire Of Fire” – which kicks this truly enjoyable record off – is unmistakably Andersson, but marches in swinging like it wants to make a point.
And as if to emphasise the point, the gorgeous shimmering acoustics which morph into a Beatles-ish stomp of “No Sleeping” end things in a quite unexpected way.

But brilliantly in between there’s some real moments of what we might call the classic Hellacopters late period. “Remove Your Doubt” is catchy, “Bad Timing” even better and on this track there’s a line that sums the ethos of Imperial State Electric up perfectly: “In my defence, I reckon I was born too late” suggest the lyrics…
The feeling of being born after all your favourite bands were at their peak is one that others might empathise with but yet again Nicke Andersson and his band mates have turned this frustration into real gold. 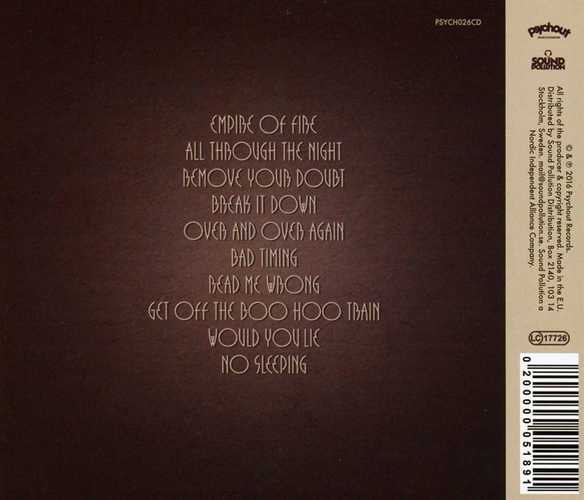 And yes, “All Through The Night” feels real good. Damn near perfect classic rock in fact. Many of the songs on the album are beautifully short and simple Rock tunes. At the same time, musically it’s a pretty diverse collection of songs.
Sometimes this is so good it hurts. Sometimes it makes me want to dance. But most of the time it just makes me smile.
“It’s only rock n’ roll, but I like it…” And I like it a lot.