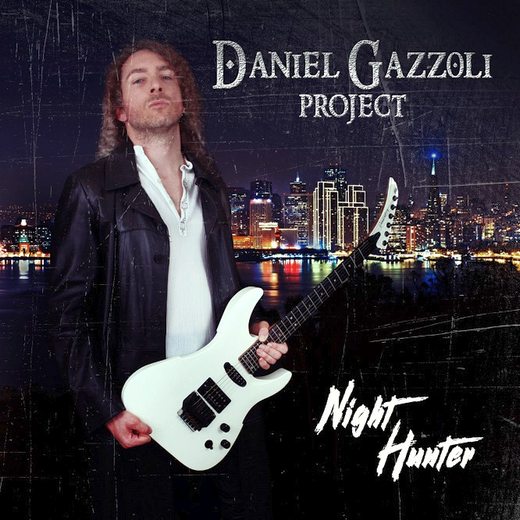 And indeed all tracks featured on this very interesting debut are impregnated by those classy melodies, of course driven by sharp guitar riffs and adorned by keys / synths arranged in the typical fashion of the glorious era. Gazzoli play both and also handles bass and backing vocals.
But for a ‘true band sound’ you need real musicians and you have here Luca Ferarresi – drummer of the very solid AOR act Perfect View, and strong vocalist Leonardo F. Guillan, already known in the melodic rock scene for a previous live collaboration with Soul Seller.

As result, the Daniel Gazzoli Project feels really tight and the songs come flawlessly executed.
The album is pretty varied including melodic rock numbers like title track, ‘Run’ and ‘Dont Leave Me Alone’, then more straight hard rockers such as ‘Forged by the Pain’ and the racy ‘The Beat of My Heart’.

On the AOR side there’s the keyboard-driven ‘Liar’ (my favorite on the album), the cool ‘Heartblame’, and the well arranged power ballad ‘Prayer for an Angel’ including pianos and acoustic / electric guitars. Guillan’s vocals moves with ease throughout the different song’s pace.

Produced by Gazzoli and mixed & mastered by renowned producer Davide Rossi, “Night Hunter” is a really good slice of ’80s Melodic Hard Rock.
Not only you have solid musicianship but, essentially, very, very good tunes. The verses, bridges and choruses are really well constructed on all songs following the classy formula from the genre, but adding that special touch to make some of them memorable.
There’s a lot of potential in the Daniel Gazzoli Project, and I’m sure we will hear more from this talented guy in years to come.
STRONGLY Recommended