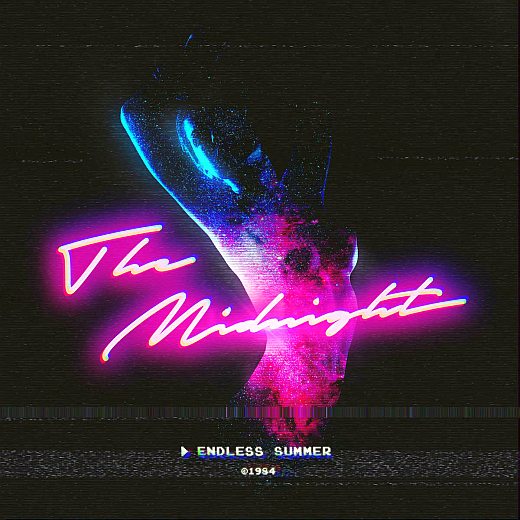 Near the end of the year, it’s time to recap about the best 2016 releases, by category.
For 0dayrox, the Best Synthwave / 80s Album of the Year is THE MIDNIGHT – “Endless Summer”, with LeBROCK’s “Action & Romance” ranking pretty close.

From time to time we feature here some of the most interesting new releases from the flourishing Synthwave scene. “Endless Summer” is the second album by THE MIDNIGHT, a L.A. based duo comprising the talents of a songwriter from the Deep South and a producer from Denmark whom have created one of the most fascinating ’80s inspired albums in this genre that I’ve heard recently.

The Midnight born four years ago created by producer Tim McEwan (of Danish origins) and singer/songwriter Tyler Lyle.
While the Synthwave stuff we prefer to present here are the kind of AORish oriented, The Midnight style is more poppy but they craft such wonderful melodies with so awesome production (above the average for this genre) that everyone need to check this album if you are a serious ’80s fan.

Dreamy atmospheres but pumped full of perfectly executed rhythms, catchy choruses and clean melodious vocals are the core of The Midnight style.
“Endless Summer” is plenty of classy Eighties, yet with a contemporary feel. I mean, most of the new Synthwave movement is based in a retro ‘tape / VHS sound’, while these guys go for a polished, glossy production. And I love it.
In addition to the standard variance of synthesizers native to the genre, this album also features a backbone of highly compressed saxophone (which sound like a guitar at places), real drums / percussion and some punchy electric guitar licks as well, lending to an overall analog ’80s feel.

You can’t go wrong with this band; their name ‘The Midnight’, the album title “Endless Summer”, the cover artwork, the song titles like ‘Daytona’, ‘Jason’ (Friday The 13th movies reference) ‘The Equaliser’, or ‘Crockett’s Revenge’ (Miami Vice reference), all puts clear what this stuff is all about; Eighties music & feel.

Lots of artists these days are doing an excellent job of bringing back the feel of the ’80s. The Midnight went a step further with “Endless Summer” and crafted an album that maintains the forward momentum of modern electronic, while at the same time evoking the zeitgeist of a time that lives only in our yearning for it.
Eighties suckers, don’t miss this one.