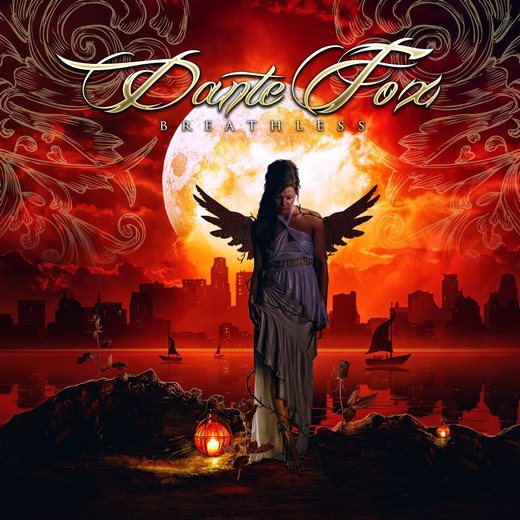 Near the end of the year, it’s time to recap about the best 2016 releases, by category.
For 0dayrox, the Best Female Fronted album of the year goes to the highly melodic DANTE FOX’s “Breathless”.

Graceful Melodic Rockers DANTE FOX return 2016 with a new album titled “Breathless“, not surprisingly released by AOR Heaven Records.
One thing that has always earned my love to Dante Fox from the moment I heard them for the first time more then twenty years ago it’s the voice of Sue Willetts. Whoever is in the band, as long as her voice is there, it will always be Dante Fox.

Willetts, having been selected in the Top 20 in Classic Rock magazine’s 50 Female Rock Vocalists Of All Time, should explain all you really need to know. Although you really need to listen to those velvet tones to get the full Fox!
“Breathless” then is up there with the best in the Melodic Rock world. With albums as great as this, the band should be headlining arenas across the globe. Although I am more than happy to have Dante Fox as one of Rock’s best kept secrets.

Another ace in Dante Fox’s hand is the guitar playing of Tim Manford, which when given a faultless production from Mark Stuart / Sheena Sheer, sounds like something out of the world. The rest of the band now consists of Andy Perfect on drums and Alan Mills on bass.
The songs have a rich, polished sound – not too clinical mind – and having ‘keyboard player to the stars’ Eric Ragno and Lee Small (Shy / Phenomena) on harmony vocals adds to the magical mix.

‘Young Hearts’ is the kind of rock song that many bands starting out now would sell their souls for. Couple that with ‘All Eyes On You’ and the title track, and you get an opening trio of songs that will not only leave you breathless, but gasping for more.
At this point ‘Break These Chains’ provides a welcome breather, but it’s still as powerful, if not more so, due to its subtleties.

This leads me to the album’s calling card in the form of ‘Broken Hearted Man’ which is a song that Heart would no doubt have scored a worldwide hit back in their big hair heyday. The band no doubt believe this to be true too as there are two versions included here, the normal one and an acoustic / string arrangement at the end of the album. Both are fantastic.
There’s also a stand out tune in ‘Love Affair’, but then again how can you pick your favourites when they are all so ruddy marvellous?

Dante Fox’s “Breathless” is, simply put, one the best ‘pure’ melodic rock albums apperared in recent years. There’s many bands (and good ones) out there trying to recapture the magical ’80s sounds but few succeed like Dante Fox.
At the moment there is basically no real competitor to Dante Fox in terms of female-fronted Melodic Rock. High Quality Melodic Rock I should say. Heck, all songs here could rival Heart / Ann Wilson best work in their ’80s prime.
“Breathless” is a mandatory purchase for all fans of the genre.