“The Redemption Of Cain” is the debut album from ART X, a progressive metal project of Italian singer/songwriter Gabriele Bernasconi, the previous frontman for classic metal act Clairvoyants.
For this grandiose concept album, the vocalist has teamed up with a host of singers & musicians to create this adventurous musical story, including the likes of guitarist Luca Princiotta (Doro), keyboard player Oliver Palotai (Kamelot), bassist Steve DiGiorgio (Testament) and drummer Giuseppe Orlando (Novembre).

With such an enormous cast, you’d have to assume that “The Redemption Of Cain” is a pretty powerful and majestic affair. Well, that assumption would be correct, as Art X have created an album here that will be of instant interest to any fan of Avantasia or Ayreon with its sweeping orchestrations, layers of vocals, and metallic arrangements. 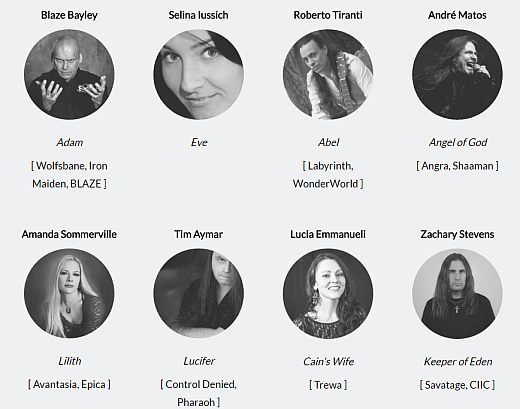 “The Second Sacrifice”, complete with symphonic passages, sharp riffing, and soaring, dueling vocals, is a joy to behold, while both “Lilith” and “Knowledge & Death” bristle with progressive metal muscle, atmosphere, and gentle beauty.
Aymar is deliciously evil as the title character in “Lucifer”, while Bernasconi, Tiranti, Matos and Sommerville really shine in their extended roles throughout this entire release.

The album’s heaviest and most adventurous tracks are saved for last in the forms of “The Keeper” and “Eden, Finally…”, two highly addicting tunes that showcase the entire band, both vocally and musically, and bring this whole story to a dramatic and satisfying conclusion. 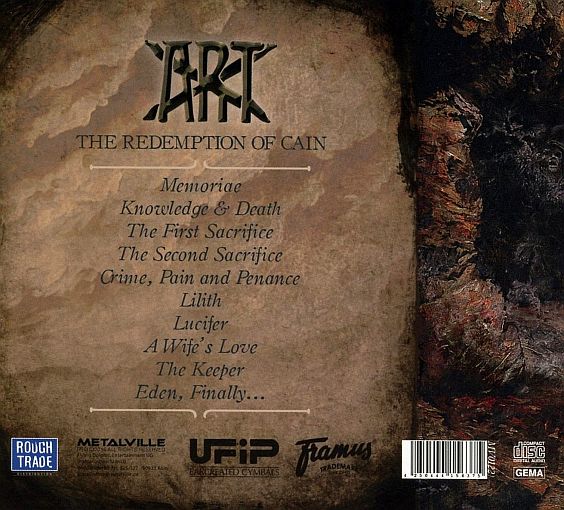 Those into bombastic, progressive metal concept albums with a variety of singers and musicians will find much to love here on “The Redemption Of Cain”, and hopefully there will be many more releases like this from Art X in the years to come.