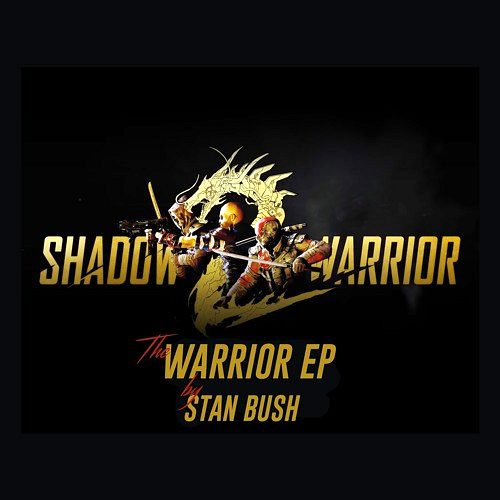 Eighties AOR / soundtrack legend STAN BUSH is back in the business. He just recorded the soundtrack for Shadow Warrior 2, the second part of a first-person shooter video game. A Limited Edition release only on vinyl.

How does one craft a new anthem for a decade some 30 years past? I have no idea, but Stan Bush has done it.
The man behind the famous song ‘The Touch’ contributed a new track to a special limited edition Shadow Warrior 2 vinyl EP, and it’s so inspirational ‘80s rock it feels awesome.

According to Stan, the new song ‘Warrior’ is a composition he’d pretty much completed some time ago, when the folks at Devolver Digital Games came to him with the idea for a special EP to commemorate the sequel to 2013’s Shadow Warrior game.
The name of the track and its lyrics is just a coincidence. He sent them the track, they had him up the tempo a bit, a magic was born.

That’s actually somewhat similar to the story of how Bush came to be involved with the Transformers The Movie soundtrack: his fan-favorite track ‘The Touch’ was actually written with a Sylvester Stallone movie in mind, but when the studio went a different way, Bush ended up being approached to work on Transformers, and it was a marriage made in Heaven.

Yeah, ‘Warrior’ is a pure ’80s inspired ‘action movie’ tune, both in songwriting & sound.
But if ‘Warrior’ gets you in the mood to rock out to ‘The Touch’ again, never fear, it’s conveniently located on this record.
This is a re-recorded version of the song with a more modern, punchy production. If you ask me, it’s the best version I ever heard (there was one Bush did with his band Barrage, and two other done for Transformers The Movie, all in the Eighties).

Bush’s classic ‘Never Surrender’ is also included into this soundtrack, but it’s a special mix different from the original.
Also there’s a special rendition of ‘The Touch’ featuring the voice of Shadow Warrior’s star, Lo Wang, the game’s main character. Basically, they added dirty, scream-whored words heard in the game… really not safe for work. 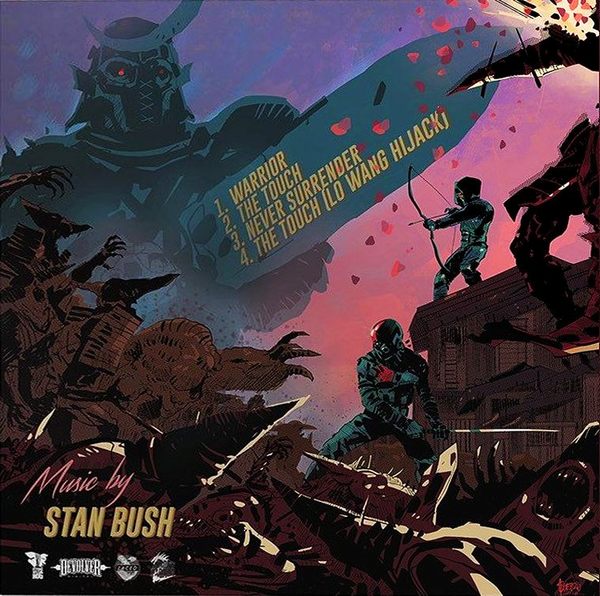 So this is a no-brainer to any Stan Bush / ’80s culture fan, and soundtrack collectors.
The limited edition set comes with a Steam code to download Shadow Warrior 2 Deluxe that includes the game, the digital soundtrack, the Razorback katana, and the Solid Gold DLC pack. The Warrior EP is printed on luscious 180-gram vinyl with a special screen-printed reverse and presented inside a premium card sleeve.
Pure ’80s folks.