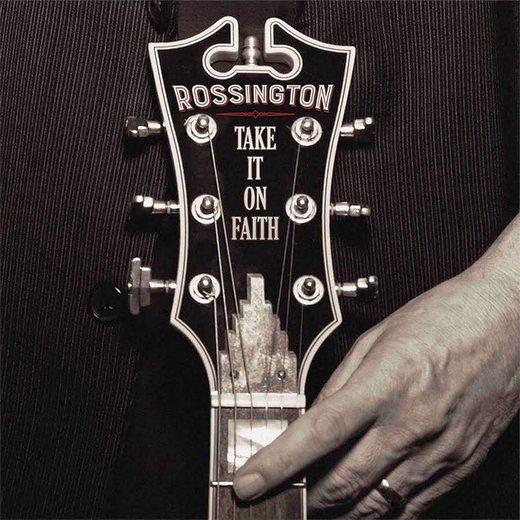 “Take It On Faith” is the title from the upcoming album by ROSSINGTON, the band created by Lynyrd Skynyrd co-founder and guitarist Gary Rossington and his wife, Dale Krantz-Rossington.
The album features 12 new songs, all tracked by an ace studio band that was put together by the album’s producer and engineer, David Z (Prince, Etta James, Buddy Guy).

The lineup is pretty much a who’s who of studio masters (check out the full list below), including Ben Fowler (Lynyrd Skynyrd, Hank Williams), the late Richie Hayward on drums, Jack Holder on guitar, Bruce McCabe on piano and keyboards, Reese Wynans (Stevie Ray Vaughan and Double Trouble) on organ and David Smith on bass.
ZZ Top’s Billy Gibbons co-wrote “Good Side of Good”, Delbert McClinton blows a mean harp to butter up some tasty guitar licks by Gary Nicholson on “Dance While You’re Cookin’”, and then there’s Bekka Bramlett, who has sung with everyone from Fleetwood Mac to Billy Joel to Robert Plant.

The longtime Skynyrd guitarist and his wife have been making music together for more than 35 years. Dale opened up for Skynyrd in ’77 while she was singing with 38 Special; then as part of Rossington Collins Band in the Eighties, releasing a stupendous AOR/Blues album.
From the first few notes of ‘Highway of Love’ you know you can relax and ease off down that dusty hot road of your mind as you meander towards a thing of beauty. The second song ‘I should’ve known’ is a beautifully crafted piece of southern rock made to push passion into your soul through Dales’ powerful sexy gravelly voice pushing through full of old time emotion.

‘Light a Candle’ is a gorgeous slow burning song that just connects with your bluesy heart. Light up the stove, Y’all, as moma sticks on the pot to show you it’s best to ‘Dance while you’re Cookin’. This is a superb honky tonk raunchy song that is so upbeat you might actually dance in your kitchen. The southern style slide guitar sound resonates throughout perfectly complimenting Dale’s delivery of her cheeky grin style vocals.

Then we move to the smouldering blues delivery of ‘Shame on Me’. This song sounds like they’re channeling Gary Moore at his best. A heartfelt blues rock track of raw emotion once again perfectly topped with Dale’s pure bluesy vocals.
‘Good side of Good’ is a rocking rolling track firmly grounded in a southern blues foundation, upbeat and catchy. We go on to a slow potent song with ‘Through My Eyes’ a love song that is incredibly powerful and raw. 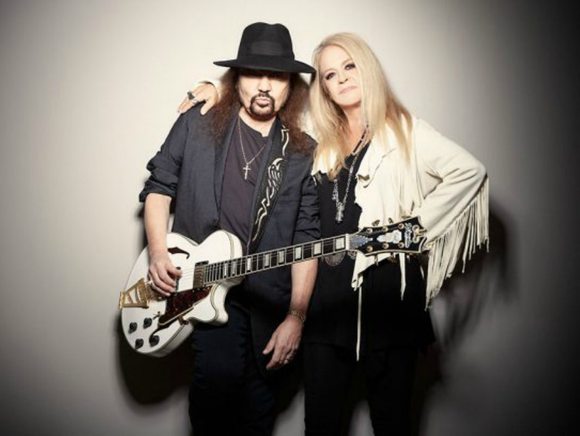 ‘Too Many Rainy Days” driven by fantastic easy drawling blues riffs from Gary. The raw blues emotional weight on this track is mind blowing. It resonates so much with Gary Moore’s ‘Still got the Blues’. This is blues rock of the highest order.

“Take It On Faith” is definitely a ‘Put on repeat’ album that you can very easily find yourself listening to over and over again. It’s finely crafted classic rock with a bluesy heart, a record that puts you in the scenery of the classic movie ‘Crossroads’ (that one featuring Steve Vai as the ‘bad guy’).
Even if blues or southern rock infused classic rock isn’t totally your thing this is an album that will easily fit into your collection. It’s that damn good.
Very Recommended.