“Long Way To The Light” is Swedish guitarist, singer & songwriter Robert Pehrsson second solo outing under the ROBERT PEHRSSON’S HUMBUCKER monicker, this time on High Roller Records.
We were already impressed in this blog by his previous albumm, and “Long Way To The Light” continues delivering Pehrsson’s knack for very good classic hard rock songs

Robert Pehrsson does not let the grass grow under his feet, that’s for sure. Stating his career at the end of the Eighties, he has worked in 11 bands and various projects since, with Imperial State Electric being the most high profile.

It is easy to see where the influences come from for this Scandinavian musician. Thin Lizzy-type riffs and harmonies run right through this album but Pehrsson lives his own life and doesn’t merely reproduce Phil Lynott’s greatest hits, he most definitely leaves his own mark.
In fact, there’s also a wide span of American influences as well, epecially in the bluesy hard influenced numbers.
It is more difficult to believe that Robert Pehrsson started out playing death/thrash metal before settling on his preferred style of classy heavy rock.

“Long Way To The Light” has a super classic rock sound, but very much rooted in a more modern catchy hard rock vibe. Pehrsson delivers major guitar hooks, drenched in bluesy hard rock solos.
Sometimes the sound is deeply layered giving it that dual attack that makes primal era hard rock so impactful, with strong vocal performances and a profound knowledge of the roots of rock.

Tracks like “Break Away From the Broken Heart,” ”Distant Bound,” and “Zero Emotion” instantly connected with you, yet the entire album is rife with killer hard blues-inflected rock that feels so natural and instantly recognizable, yet totally original.
There’s absolutely no doubt that Robert Pehrsson can play his guitar. This talent is showcased superbly on “Traveling Through The Dark”. Just lie back and let it wash over you. 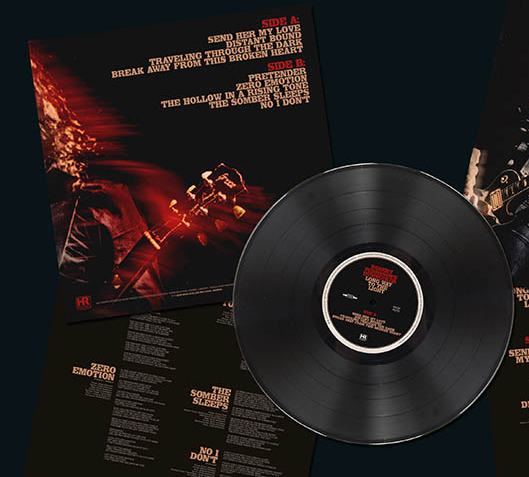 Robert Pehrsson’s Humbucker “Long Way To the Light” is a very strong classic rock records album with songs that have all you need. They come and they go, don’t outstay their welcome and give you the rock you desire in a perfectly delivered package.
It’s totally accessible commercially without being trite, boring or typical, while at the same time providing a much-needed injection of cool to rock music today. There’s some seriously impressive guitar work and the songs deserve a wider audience.
Strongly Recommended