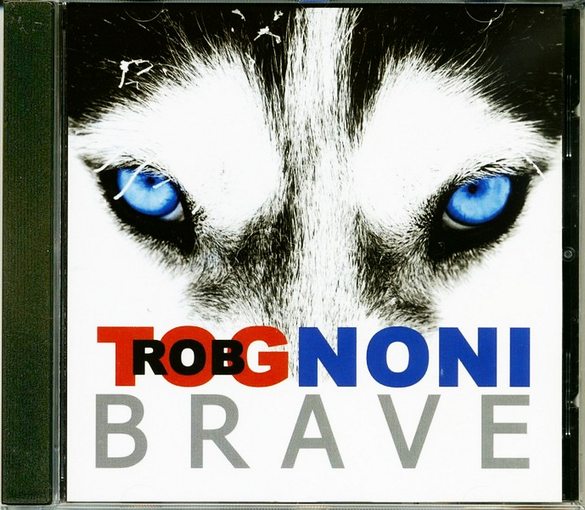 Son of Italian immigrants, ROB TOGNONI is one of the most respected Australian guitarists, but while his music is well known all over the world, Rob is pretty famous especially in central Europe. As you see, a mix of cultures, but what is undoubtedly ‘American’ is Tognoni’s brand of heavy-blues as heard in his last album “Brave“.

A household name in blues circles for more then thirty years, Tognoni always has been a different beast, musically more in common with the likes of Pat Travers or Gary Moore than traditional bluesman.
Tognoni’s music does not just follow a certain pattern of typical blues and guitar improvisations, it also combines elements of classic and heavy rock with powerful power ensembles, always straight forward and with the valve amp fully on the ’10’.

The steam hammer is already unpacked with the title song, indeed a “Brave” bluesy hard rocker with lots of punch and attitude. From time to time a certain affinity to his countrymen AC/DC comes to mind (“Voodoo Girl”), but in fact, it’s the riffage style, now considered a classic rock patrimony and not exclusive to Angus Young & Co.
There’s great Rob raspy vocals on “Burnin’ Alive”, indeed a midtempo-burner with a terrific rhythm section and pinches of guitars everywhere.
Even on the acoustic number “Dammed If I Do”, Tognoni and the guys are able to deliver a ‘rock pulse’ plenty of blood.

Rob just like to change moods like on the rocker “1974”, followed by the beautiful ballad “Maid Marion, Robin Hood”, one of the highlights with a superb solo.
Then “You” surprises with its almost melodic rock feel, very American, with increasing melodic curve, cool percussion and a catchy chorus. Love this track!

“Fly Like An Eagle” adds tons of groove to its rocking heart, “Power” is almost hard rock again with a catchy chorus. Call me nuts, but Rob sounds like David Lee Roth solo career in the fun “Latino Lounge”.
For the end “Do not Be Too Hard On Me” is a hot blues heavy rocker recorded in Haderslev (Denmark) at Kløften Festival 1997, there’s a different rhythm section but the same kick-ass energy. 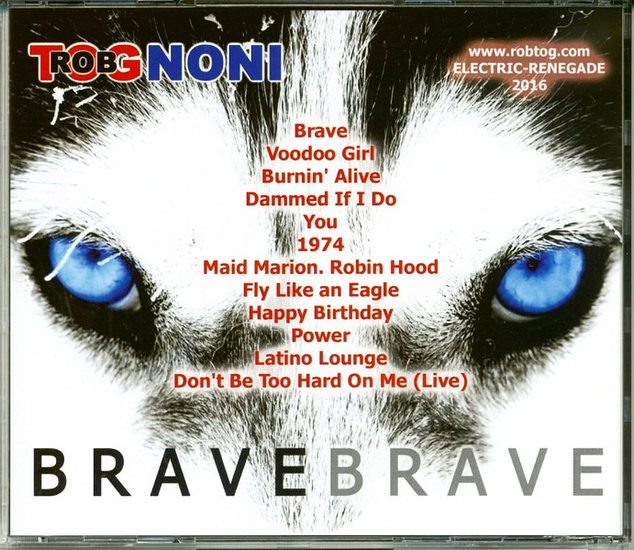 “Brave” easily sits among Rob Tognoni’s best albums and it’s one of the strongest heavy-blues based records you’ll hear this year.
What I like from this axe-slinger is the fire, ‘true blood’ pumped through his rocking compositions & performances. Do you remember Gary Moore’s approach in his first half of the ’80s albums? That’s what I mean.
REALLY, really good stuff