While the past is present, on “Naturalis” some might hear echoes of contemporary peers like the aforementioned It Bites and The Tangent, plus some accessible Rock&pop elements. Maschine’s musical arrangements are complex, but not oppressively so. Time signature and tempos changes are abundant as are the integration of individual musician and instrument development.
But the band has a knack for creating hooks of accessibility whether by music or lyrics.

Starting off with a lengthy piece of instrumental warm-up, gradually layering more and more into its body of riffs, opening track ‘Resistance’ soon moves into quick bouncing through time signatures, back into slower grooves, and then back into the energized mood as the vocals rise to take their place. It’s a nice bit of technical demonstration in those first few minutes, and it sets things up smoothly for the rest of the album’s twisting ride.
New keyboardist & vocalist Marie-Eve de Gaultier‘s presence is built into the structures of the songs with a charming effectiveness and clean harmonization). And when she and Machin come together over the instrumental rhythms, the album hits some of its most emotionally striking moments.

You can’t escape the dreamy pleasure of ‘Make Believe’ synths and exquisite vocal arrangements, subtle but elaborated instrumentation and then the classy guitar solos.
Also, quick to get your attention and draw you in is ‘Hidden In Plain Sight’. It features Machin and de Gaultier in vocal duet, yet the composition turns on a masterful blend of pop liveliness and free playing. These are heard through slippery riffs, sweeping bass lines, and smooth groove drumming.

On the other hand, ‘Resistance’ has some assertive riffage in the early half, juxtaposed with a lighter synth middle, then lingering and rising in the end with a fierce guitar solo following.Nearly the opposite, ‘Megacyma’ has a softer start, before flurries of riffs, bass, and drums rise and swell.

This ‘Naturalis [Special Edition Digipak]’ comes with 2 bonus tracks, live takes of ‘Eyes Pt. 2’ and ‘Rubidium’ (both from the first studio album) recorded at 2Days Prog+1 in Veruno last year. The band feels cohesive, and both sound really good, in fact, almost like a studio recording perfection. 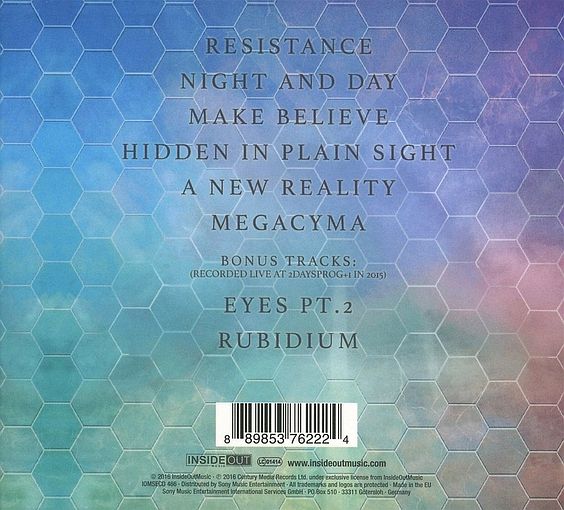 Maschine’s “Naturalis” is every bit as proggy as any aficionado would hope for, but where they differ with many bands from the scene is the lack of room for over-indulgence. Despite every song exceeding five-minutes, there’s nothing that feels superfluous and at no point are you left feeling that a passage, phrase or song has overstayed its welcome.

Sure, there are turns every which way you look (with some sublime guitar noodling) but it only serves to add further colour to the canvas. This is why prog can be among the most interesting genres to listen to, and not ‘overplaying’. Besides, everything is really melodic.
“Naturalis” is a really refined and sophisticated choice with nary a note wrong that will have you ordering another round in no time. One of the best Prog albums of the year folks.
Highly Recommended