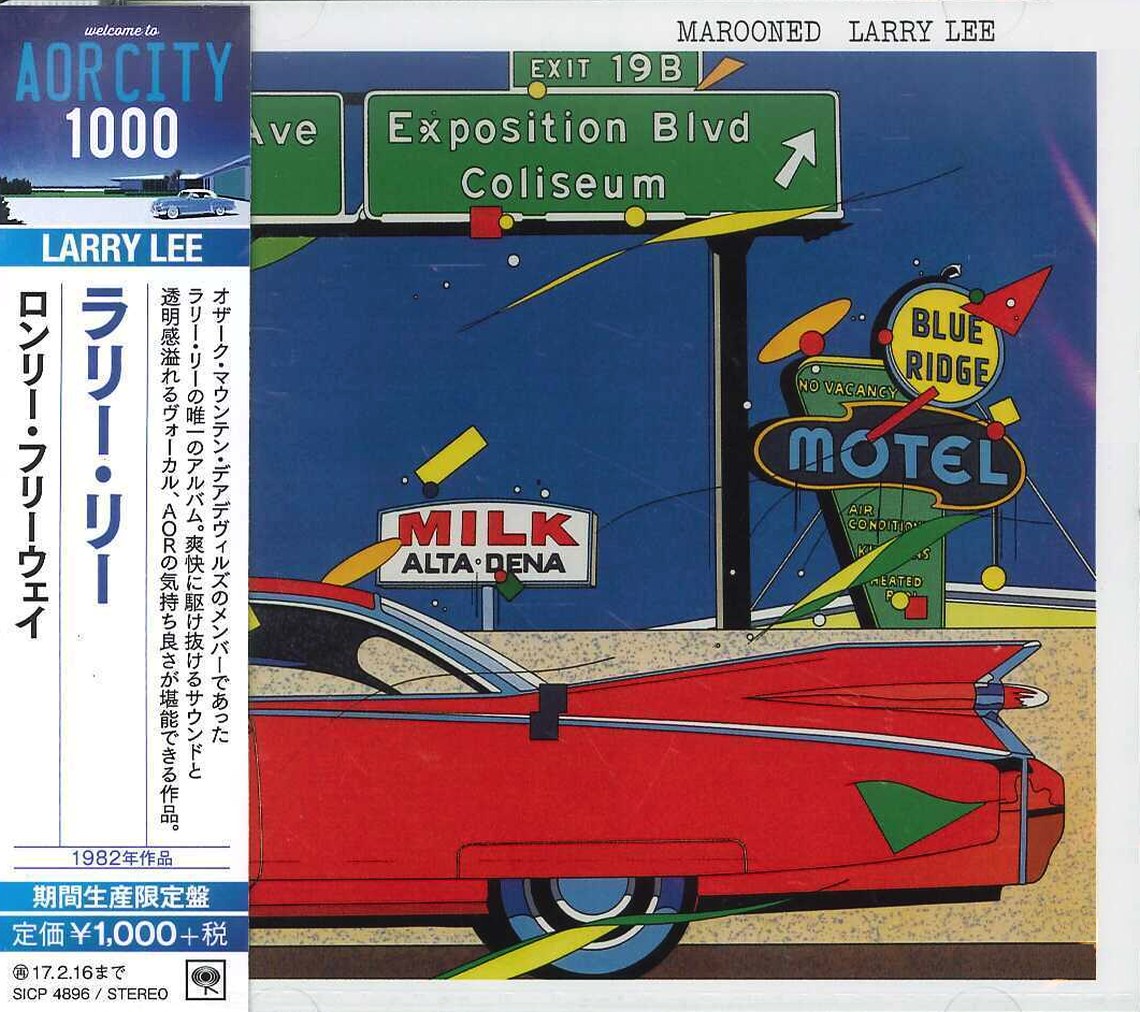 As part of the 2016 AOR CITY 1000 series, here’s the for years hard to find LARRY LEE album “Marooned“.
Sony Music Japan has started a campaign titled AOR CITY 1000 featuring a Low-priced Reissue on 100 classic AOR / AC albums from their back catalog, many of them out of print or hard to find. This is a limited offer (ending March 2017) with the incredible price around U$S 9 each CD (or 1000 Japanese Yen, hence the name of the campaign).

Among the 100 titles there’s albums by Toto, LeRoux, Balance, Airplay and many other gems, but the interesting ones are the hard to find (or at ridiculous prices) such as this delicious “Marooned”, remastered and featuring the original Japanese Edition artwork.
Founder member of Ozark Mountain Daredevils whom enjoyed some success during the Seventies, singer / songwriter LARRY LEE started his solo career at the beginning of the ’80s when Ozark Mountain Daredevils disbanded.

As you could imagine, “Marooned” is a breezy slice of classic US West Coast AOR with that lovely sound from the first half of the ’80s.
The sweet ‘Waiting To Let Go’, the AOR waves of ‘Don’t Talk’, the FM radio ready title track, the highly melodic ‘Number One Girl’ and of course the elegant ballad ‘The Best Is Yet To Come’ are all impregnated with exquisite instrumentation and the smooth vocals of Lee.

Produced with a pristine atmosphere by skilled John Ryan (Styx, Greg Guidry), “Marooned” is a wonderful album with a sound that defined an era. It was reissued some time ago yet only in Japan and turned out of print.

I always loved this record as not only includes excellent songs, but also has the ability to properly mix uptempo songs with suave ballads / midtempos resulting in one of the best balanced (and sounding) albums from the AOR West Coast genre.
This is you chance to get a Japanese Edition of this album at a really affordable price. It uses the last, very good remastering.
Highly Recommended