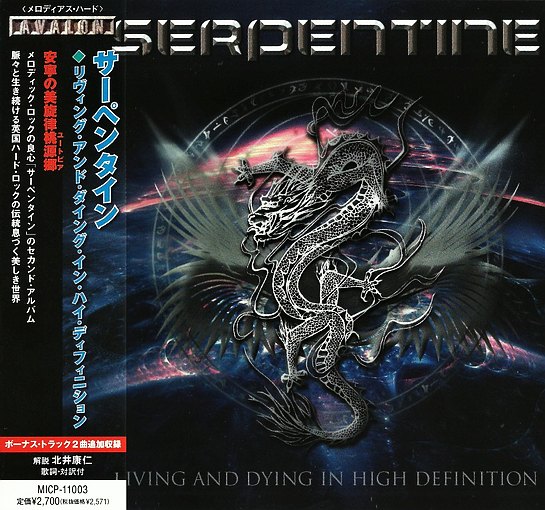 SERPENTINE was one of the most interesting UK Melodic Rock / AOR acts from the present decade. Unfortunately, after 3 strong albums Serpentine disbanded last year, but as legacy to their music they released a USB stick containing everything they recorded before the last, final third album.

This USB / flash memory includes in digital format the following material:
* first album “A Touch Of Heaven Album” in its Japanese version with a bonus track
* second album “Living And Dying In High Definition” / Japanese version with its 2 bonus tracks
* digital copies of all the artwork from the albums
* Living And Dying In Acoustic Definition, previously unreleased studio acoustic versions 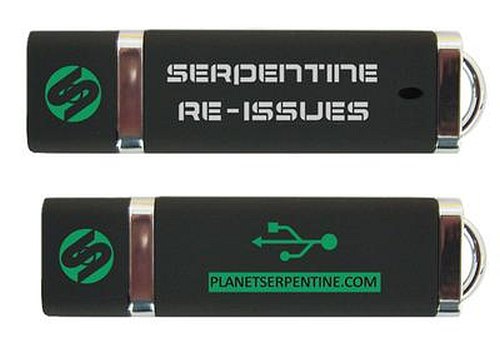 Described by the press as ‘one of the most impressive new names on the melodic rock radar’ this British quintet fronted by great vocalist Tony Mills were riding a resurgence in melodic rock.
Originally founded in Wales around the talents of keyboard player Gareth David Noon, guitarist Christopher Gould and bassist Gareth Vanstone, the band were keen to capitalize on their burgeoning reputation and returned to the studio for this second effort “Living and Dying in High Definition” at M2 Studios, Wolverhampton, England.

Keyboard flourishes, lush harmonies and breathless vocals provide the opening of “Deep Down (There’s A Price For Love)” before the main riff kicks in aided by some surging guitars and Serpentine make an immediate impact. “Philadelphia” is one of the highlights, a keyboard driven melodic rocker with a catchy chorus and heavenly harmonies.
“Dreamer” will delight fans of Journey, an anthemic, sweeping epic track with galloping guitars and great vocals by Tony Mills.

On the moody midtempo “Where Do We Go From Here?” the band sounds very British reminding you the best Heartland and the ballad “Love Is Blue” both sounds natural and from the heart.
Emotional is the word to describe “Best Days Of Our Lives”, while “Cry is like a summer AOR breeze to your ears.
The band offers something different on the rocking “Nuremberg” featuring interesting lyrics.
The album ends on a high note with the long and melodic epic “Forgotten Heroes”, a track with fantastic variations and instrumentation.

With “Living and Dying in High Definition” Serpentine has improved on all aspects; better songwriting, catchy choruses and more hooky arrangements.
Playing an unashamedly keyboard led, yet guitar infused brand of melodic hard rock, Serpentine has delivered a terrific recording. Tony Mills shines on his best performance in years.
“Living and Dying in High Definition” is one of finest Melodic Rock / AOR albums of this decade without a doubt.
Highly Recommended