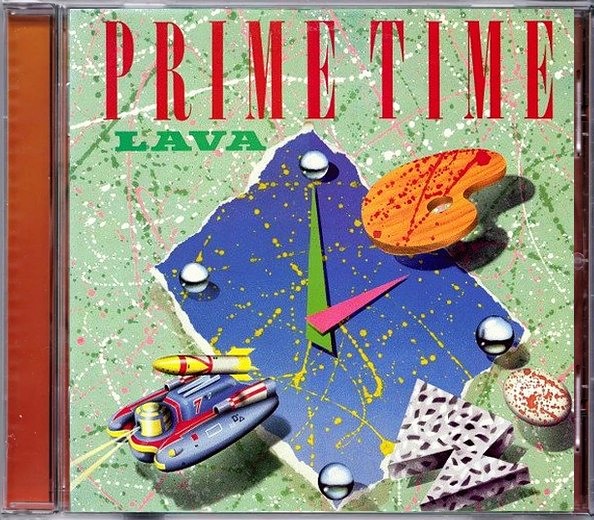 We have featured here the two previously Preservation Records exclusive remastered albums of LAVA, the most celebrated Norwegian West Coast AORsters. For many years out of print, now it’s time for Lava’s “Prime Time“, finally digitally remastered from the master tapes, reissued for the first time on CD with 3 previously unreleased tracks plus a booklet including never seen photos and the story of the recording.

Many years ago, “Prime Time” was my first listening experience with Lava (second hand LP) and after the first spin I was instantly hooked by these fabulous group of musicians.
This is the first Lava album featuring terrific vocalist Egil Eldøen – who will define the band’s trademark harmonies. The band took themselves to a completely new level both musically and live. And this incarnation of the band lasted for many years to come.
With “Prime Time” Lava changed their musical approach to a more commercial delivery, something that eventually developed into a Westcoast / AOR affair in the band’s material during the Eighties.

“Prime Time” still shows the refined, elaborated arrangements from Lava’s origins, but this is a record strongly influenced by earlier TOTO, Airplay, Marc Jordan, Chicago, Pages, etc.
The musicians in Lava are widely known for their session work for many Scandinavian artists from the most diverse genres, but also melodic hard rock acts such as Fate, Aina, Tindrum or Ole Evenrude to name some, so expect top notch quality in this department.

Songs like ‘Juliet’, ‘Hard Times’ or one of the excellent bonus tracks titled ‘Hold On’ makes you wonder if you are not listening to some TOTO early ’80s lost material, title track ‘Prime Time’ has a Chicago feel all over, while ‘Late At Night’ seems to be recorded in the L.A. Session golden era plenty of Pages-like harmonies.

But the pearl here – at least for me who already know the original LP – is the bonus track ‘Take Me To The Water’, a pure American AOR influenced tune complete with keyboards and a guitar riff akin Franke & The Knockouts or David Roberts. 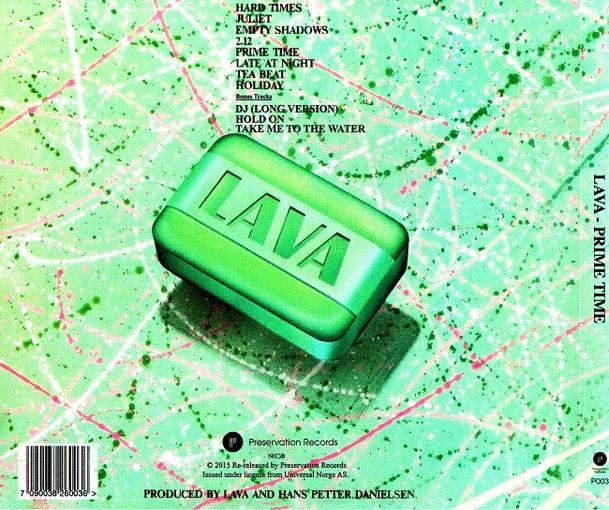 “Prime Time” is a delicious album full of ’80s humming smooth sounds and exquisite melodies, finally remastered with a pristine audio quality from the master tapes plus some really worthwhile bonus material.
Strictly limited to 500 copies, this is a true collectors item.
HIGHLY Recommended