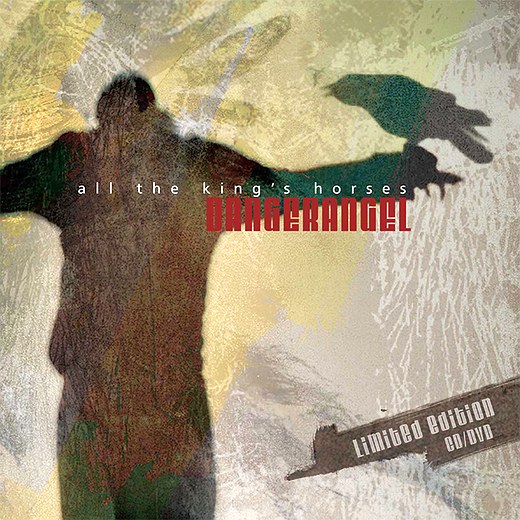 “All The King’s Horses” is the new album from Greek rockers DANGERANGEL. This, its Greek edition, features different artwork and bonus DVD including a live show recorded in Athens, May 7, 2016.
Formed in 2006, they have released two albums titled DangerAngel (2010) and Revolutia (2013). They are one of the most prominent bands in Greece and they maintain a healthy following around the world, after their two albums have been released worldwide to wide acclaim by fans and critics alike.

Consistency is a rather important thing when you have a band… see DangerAngel are a band that has changed three vocalists in as many albums, as well as slightly shifting the focus of its sound also thrice, while still being categorized as melodic hard rock at all times.
Their first attempt was quite old-school, the second was a bit too much like Jeff Scott Soto’s failed modernist experiments (he sung in both and produced the latter), while this newest one sort of combines the melodic sensitivities of the first, but has a more up-to-date sound.
Third time’s the charm they say and possibly that’s the case with DangerAngel.

The big improvement here is the addition of BJ, a Brazilian vocalist, who at the time of a joint tour was a member of Soto’s solo band and quickly agreed to become DangerAngel frontman.
He is in all ways, shapes and forms a far superior than the band previous vocalist, who even though billed as the lead, seemed to disappear into the mix when JSS was singing “backing” vocals.

Toning down the multiple vox and giving space to their new kid in the block, DangelAngel deliver an all-around very solid, complete album, easily their best yet, with also their songwriting somewhat transformed and matured to fit their newest direction.
Every band can do with a singer that’s able to “sell” the songs, and boy, BJ is the star here. Without the “crutches” of JSS, DangerAngel comes onto its own and pulls a winner with this one.

From ‘To Kill a Saint’, to the somewhat introspective lyrical ‘All The King’s Horses’ (great midtempo), the awesome (and favorite) ‘Who You Are’, down to the ‘Hollow Men’ and everything in between, this album is really worth your time and consideration.
You know what they say… if you don’t at first succeed, keep trying. Also the tour has done the band a world of good as they sound a lot more cohesive as a unit, plus production is very good, punchy & modern.

And again… having BJ as lead vocalist has put DangerAngel in another level. This talented guy deserved major exposure for years, and here on “All The King’s Horses” he shows what is capable of.
Highly Recommended