There is no denying the exceptional vocal talents of Arnel Pineda, as evidenced with his longtime work with one of melodic hard rock’s most enduring acts, Journey.
As a member of Journey Pineda co-wrote and performed on a pair of studio recordings, 2008’s “Revelation” and 2011’s “Eclipse”, as well as a concert DVD, 2009’s “Live In Manila”.

Well, on “AP” there’s rockers and ballads.
The disc opens with the funky rocker ‘Ewan Ko Ba’, sung in Filipino, Pineda’s native language. This happens as well on the weird ‘Paumanhin’ and the piano ballad ‘Hiling’, the latter very good musically but sorry, the Filipino do not glue for me.

On the other hand, the English songs are really strong.
There’s a superb ballad in ‘Owe’, very Journey-esque in arrangements, and a very atmospheric tune in ‘Wrong’ which at the end explodes into a solid melodic rocker.
‘Soulmate’ adds a Flamenco / Spanish touch with acoustic guitars and we discover here a different vocal side from Pineda, ‘Invincible Side’ is a cool poppy midtempo, and closer ‘Say Goodbye (I Can’t Let You)’ is the best track on the album, a punchy melodic hard rocker with driven guitars and Pineda’s voice in full form. 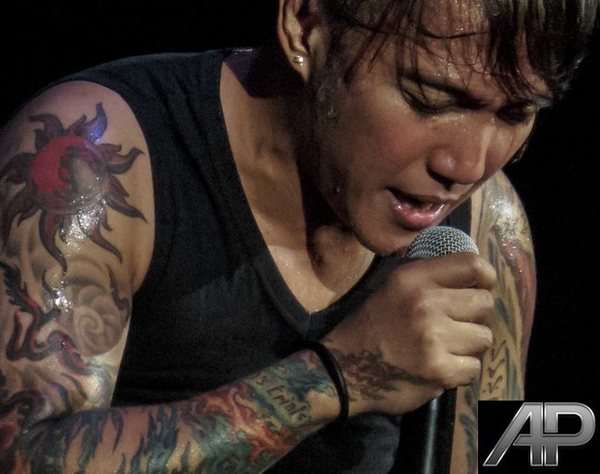 Arnel Pineda’s solo debut “AP” is a mixed bag: some very good tracks with others not so convincing. But don’t get me wrong: these are not bad, I just do not dig the language. It doesn’t fit the rock & pop metrics.
On the other side, the English songs are pretty good of course showcasing Pineda’s wide and elastic vocals.
Incredibly 8 years have already passed since the vocalist debut as the lead singer of Journey. If you like this period of the band with Arnel at front, this is a must-check album.