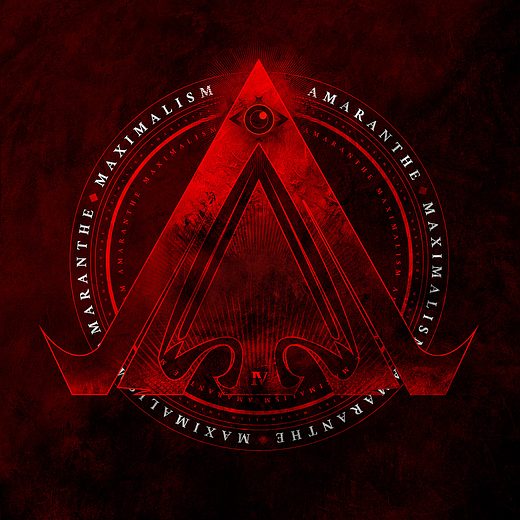 Sweden’s melodic 6-piece AMARANTHE are about to release their new album “Maximalism” next October 21. Let put this clear; I never have been a fan of the band. I do love Elize Ryd’s melodic female vocals, but didn’t dig Henrik Wilhemsson harsh vocal contributions.
But something has changed with Amaranthe’s “Maximalism”: they turned metal/pop, and the whole thing is incredibly catchy.

It’s something of a shame that there are those whose tastes remain deeply rooted-in into a specific genre only, especially the metal fans. There’s a whole host of great music that you could be missing out on if you’ll only open your ears and give something a chance before dismissing it.
There’s a very simple question that you must ask yourself when contemplating listening to Sweden’s melodic metal sextet Amaranthe: how do you react to hearing pop music?
If you’ve a wider musical palette and aren’t above a catchy chorus-or-two, then come on in, the party’s in full-swing and the cake is on its way.

These Swedes, with an unusual triumvirate of singers including Elize Ryd and Jake E. on clean vocals, and Henrik Englund Wilhemsson providing the harsh (which have diminished a lot on this album), have something of a knack for producing perfectly heavy and energetic metal but infusing it with such strong pop hooks that such a thing must be illegal somewhere.
The music on offer screams metal, but the lyrics are straight out of pop – strip some of these on offer and replace it with mainstream music and they would not feel out-of-place at all.

As a result, you’d be forgiven for thinking that a lot of “Maximalism” was written / produced by a team of producers, much like everything else in pop these days. Every track is around the stock three-and-a-half-minute affair and meticulously crafted – the focus is razor-sharp, and the fat and excess trimmed to a minimum.
Then you have a collection of well-written songs following the standard verse-chorus formula. Granted, it is very formulaic, but you largely forget about the staid nature of it with the energy and conviction Amaranthe go about with on each track.

“21” is the party rock song you never had at your 21st birthday party, “Fury” bristles with molten metallic power and “Supersonic” soars with Ryd’s terrific vocal gymnastics, whilst “Boomerang” has that earworm-quality to the chorus that will ensure it remains in your head for days.
All throb and pulse with synths / electronics, whilst some of the lead guitar work from guitarist Olof Mörck is simply sublime – shred-tastic, yet tastefully done.

Darn, even track 3 “That Song” starts like a Def Leppard / Mutt Lange productions and the chorus turns like something like 5ive.
The exception to this ‘bombast’ is closer ballad “Endlessly”. It is something quite spectacular, with Ryd’s performance particularly spellbinding amongst the lush orchestration and half-time drumming thump. It’s like the big finale to a West End show that’s yet to be made.

“Maximalism” is trimmed, concentrated in 3-minute songs and captures Amaranthe on their upward trajectory to the upper echelons of melodic / pop metal. For many, the band’s increased dalliance with pop and formula will be a huge turn-off, whilst the lyrics won’t hold much water with originality or innovation.

Yet, solid riffs abound coupled with electronic inflections and infuriatingly memorable melodies alongside some ripping performances. And just try getting some of these choruses out of your head. You won’t, unless you submit yourself to some form of invasive brain surgery.
Oh, and they have the out-of-this-world Elize Ryd, simply put, one of the greatest vocalists I ever heard.