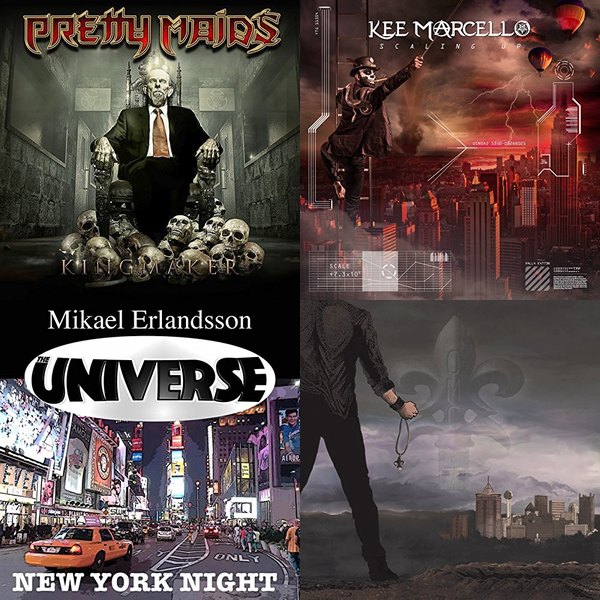 More must-check advanced singles from upcoming releases in months to come.
Danish superb rockers PRETTY MAIDS the first single – ‘Face The World’ – taken from their next studio album Kingmaker, which will be released via Frontiers Music on November 4, 2016. It’s a terrific cut and I can’t wait for the full album, for sure, a highlight this year.

Also to be released by Frontiers Music, ‘Resurrection’ is the new album from OPERATION: MINDCRIME, the project led by former Queensryche singer Geoff Tate, have unveiled a song titled ‘Miles Away’.The song is a slow build, with more than a minute-and-a-half elapsing before Tate’s distinctive vocals kick
The mid-tempo track has plenty of atmosphere, and seems Tate is back in full form with layers of backing vocals adding some depth. Great song which gain more urgency towards the end.
On Frontiers as well will appear the excellent combo SEVENTH WONDER first live album, including two studio tracks. One is ‘Inner Enemy’ which already made waves on Youtube.

More from Frontiers Music next releases it’s former Europe awesome guitarist KEE MARCELLO‘s new solo album. The title track ‘Scaling Up’ (October 14) rock with a modern melodic hard rock sheen that nods to his past and employs sizzling production. Great stuff.
Twisted Sister’s main man DEE SNIDER new solo album ‘We Are The Ones’ is due out in October on Red River Records. The title track is the advanced single, a vibrant – and good – hard rocker.