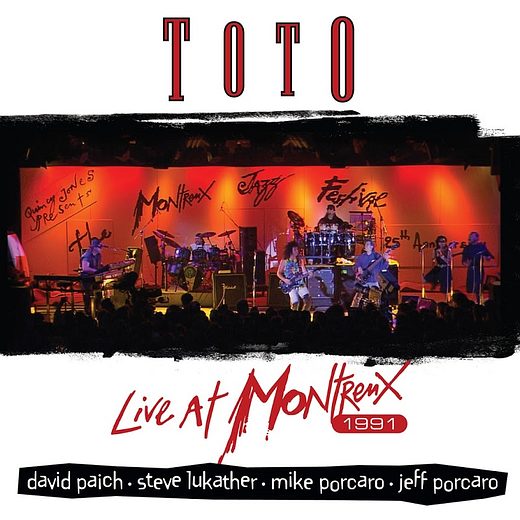 At the personal invitation of Quincy Jones and legendary Montreux Jazz Festival founder Claude Nobs to perform at the famed Swiss festival, Toto couldn’t resist the opportunity, resulting in “Toto: Live At Montreux 1991”.
“From the perspective of the members of Toto,” states guitarist Steve Lukather, “the Montreux Jazz Festival is amongst the most revered events staged in the world. Our association, as a band, and individuals, is something we are deeply proud of. So much fun, and so much history has graced the ground in and around the lake.”

In 1991, Toto was in the midst of a run of headline dates and European Summer festivals, while finishing their new album Kingdom Of Desire. It was a time of rebirth for the band, and the Montreux stage proved the perfect opportunity to test drive the new songs.

As they blazed through the show the smiles on their faces was evident that this would be a monumental show; a rare snapshot of the band as a four piece with Steve Lukather on lead vocals and guitar.
David Paich says; “It was such great concert. We sounded the way we did in high school as a four piece. It had the burning energy of Mike, Jeff, Steve and myself. That’s the way we sounded and played”.

This concert reflects the era – early ’90s – were Toto sounded ‘heavier’ than ever, a fact exposed in the soon-to-be-released Kingdom Of Desire studio album, their most ‘rocking’ and somewhat sonically ‘dark’.
Toto is my favorite Rock band of all time, but this is not a biased review; “Toto: Live At Montreux 1991” is simply awesome. There was also an undeniable chemistry between this 4-piece Toto line-up, as they complements each other’s playing as well as the songs. 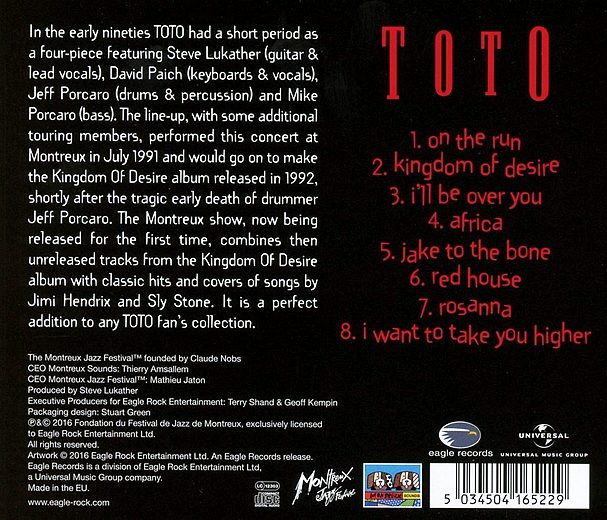 Darn, I love this band.
If you are one of those ‘I do not like live albums’ persons, put that away with this killer record: yes, Toto sound live so pristine like into the studio. Needless to say the recording quality is TOP notch.
The way their play these classic songs here – really ‘extended’ and with a terrific good taste – makes this “Toto: Live At Montreux 1991” a mandatory purchase (CD-DVD / Blu Ray) to all Toto fans and good music aficionados in general.
AWESOME