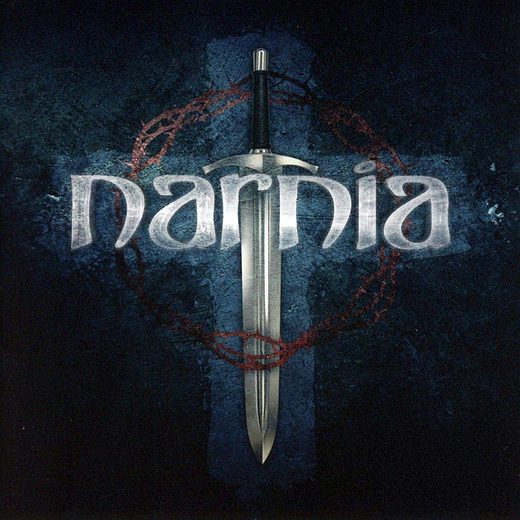 Swedes NARNIA were one of the bands that relaunched the melodic metal / power metal wave in the late ’90s and despite their quite melodic approach, never have been a personal favorite. The band makes their return tomorrow September 16 with the first new album in seven years simply titled “Narnia”, and now some musical things have changed for good effect.

The biggest news for longtime fans is the return of original vocalist Christian Liljegren. It may not seem like a big deal, but listen to the band’s first few albums next to 2009’s Course of a Generation. Yup, exactly. The band isn’t the same with Liljegren.
“Narnia” (the album) isn’t a return to the neoclassical style developed by the band in some past albums, and here comes other good news; this new record has many groovy, hard / melodic moments and not just metal / power.

Opener “Reaching for the Top” has fist-pumping riffs, lots of keyboards, a catchy chorus, and some nifty guitar work. Now take the driving atmosphere from the opener and inject it with some melody and you have “Moving On.”
The opener may be fun, but “Moving On” is an album highlight. That goddamn riff nearly had me down on my knees screaming the chorus to the heavens. “Moving On” is simple, but it hits in all the right places.

“Still Believe” and “Messengers” also rise to the surface. This time, the beefy riffs take a backseat in favor of emotion and melody.
Then Narnia delivers one of the most calmer tracks of their career, the ballad “Thank You.” For the majority of its length, its soothing piano and gentle vocals feel like a Narnian version of Dream Theater‘s song ‘Disappear’. Once the build maxes out, Grimmark unleashes a chunk of guitar sorcery to put this one to rest. A finale that many o’ fan ought to love. “Thank You” is sappy as all hell, but it’s an effective ballad. 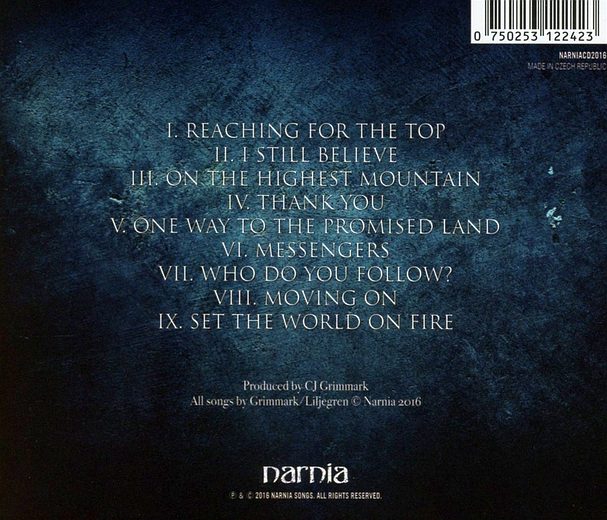 “Narnia” delivers the proper elements needed for this type of Rock: twin guitar harmony, soaring leads (guitarist CJ Grimmark is on fire here), clean melodic vocals and superb multi-part harmonies, a charging, as necessary, rhythm section, and all these things wrapped in catchy melodies and significant rock groove.
The recording & production is polished and very professional as well, all managed by the band.
Now I dig Narnia much, much more (despite their religious lyrics) as this new album is more focused on musicality and easy to the ear melodies.
Quite Recommended