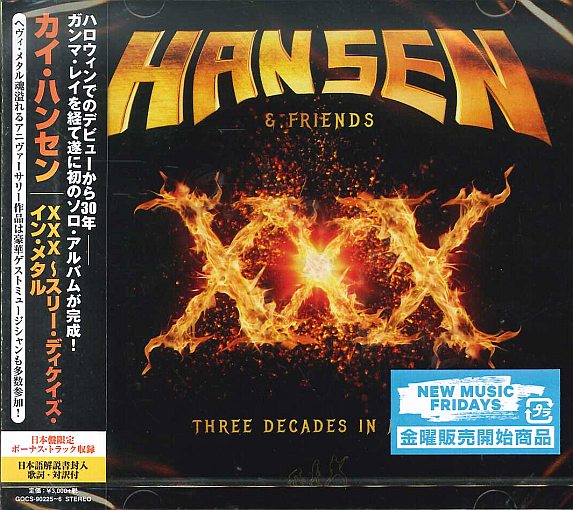 The result is a unique portfolio of metal tracks that are all 100% Hansen, but all with a slightly different touch. “Born Free” is a dirty metallic hard rocker, followed by a Judas Priest inspired “Contract Sun”, here solely performed by Hansen and gaining a more dynamic vocal flow than the original duet.
But also modern metal sounds aren’t a ‘no go’ for this album. “Fire and Ice” starts with a dark riff before it turns into a more traditional direction.

“Left Behind” sound more ‘light’ in the original version featuring Clementine Delauney female vocals. Here, with Hansen only at the mic the track turns more punchy, powerful. It’s impressive how guitarist Eike Freese combines the progressive expression of the song with a Hansen-typical chorus that is highly melodic.