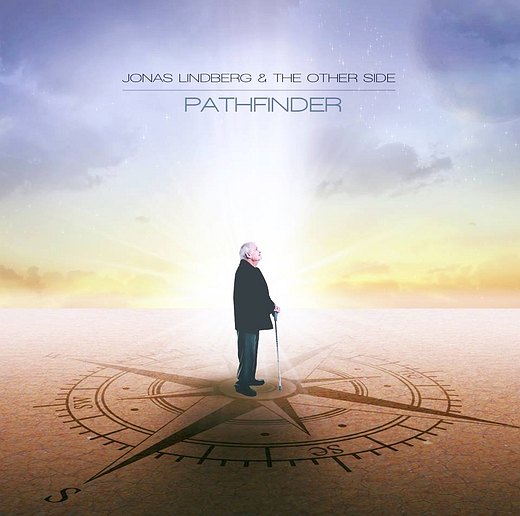 A couple years ago we were pleased to feature here exclusively the excellent solo album by JONAS LINDBERG. Now 2016 this talented Swedish musician has solidified his band, and the new album “Pathfinder” it’s being released under the moniker JONAS LINDBERG & The Other Side.

Jonas Lindberg is an extremely young and talented Swedish bass player and producer who, in 2008 at the School of Music in Pitea put together a 4-song recording, ‘In Secret Pace’, for an exam project. This involved some gifted friends and musicians which over the years derived into this ‘Jonas Lindberg & The Other Side’.

As happened with the previous album, Jonas seems to draw influences from many sources ranging from Melodic Neo Prog to classic early ’80s West Coast AOR, a combination rarely developed in the current international Rock scene.
Occurs that you need to have a lot of class to mix Prog & AOR; the progressive fans my hate you for being cheesy, and on the other hand AOR aficionados claim for catchiness and breezy melodies.
Well, let me tell you that Jonas Lindberg and his skilled bandmates will please both.

However – and this is even more welcomed – this time Jonas added a rockin’ approach to a couple of compositions very close to ‘stylized clean’ polished hard rock.
You can hear some of that on the groovy ‘Lost’ also featuring a superb keyboard work, then ‘Square One’ it’s typical Neo Prog with lots of melodies, while ‘Piece of Mind’, despite of being a long composition, is the most commercial piece on the record.

Lindberg owns the rarely seen ability to combine elaborated music with a commerciality that escapes from the common ground. “Pathfinder” is another high class, crystal-clear recorded collection of songs from these talented Scandinavian musicians.
A really accessible album for all audiences, melodic with essence.
Highly Recommended