Recently mostly known as being part of Avantasia, talented singer and guitarist Oliver Hartmann also has a solo career having released one of the best Melodic Hard Rock / AOR debut albums from the past decade. “Shadows & Silhouettes” it’s his new release under the HARTMANN banner in four years to be released tomorrow. The album has been co-produced again by Avantasia’s mastermind Sascha Paeth.

As in the previous Hartmann album, the German continues to deliver his well-crafted melodic hard rock stuff with driven guitars, some memorable choruses and a ‘modern’ melodic rock sound that will please all the band’s earlier fans but also every fan of the ‘softer’ melodic rock scene.
The strength of “Shadows & Silhouettes” is also its weakness, namely that the album is frontloaded with all the best stuff. 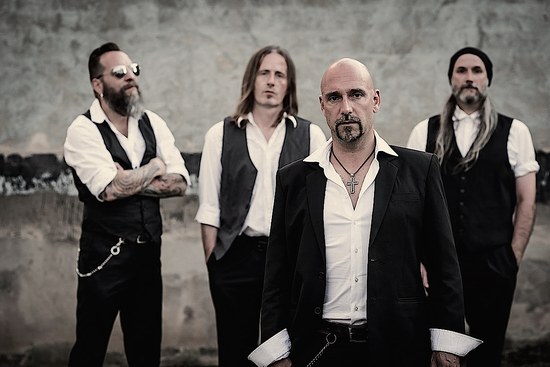 For instance, “Irresistible” begins with in a similar way to Joey Tempest’s solo effort Forgiven and is not dissimilar in the laid back vibe. This is followed by “High on You” which isn’t a Survivor cover but is an equally upbeat, classy piece of melodic rock – again with a pretty laid back atmosphere.

One of the vital parts of the mix is Hartmann’s voice which is never less than commanding as on the first single “When Your Mama Was a Hippie” which is very poppy indeed.
The album falls away sharply after the ballad “Jaded Heart” and the excellent “Amazing” but there is definitely enough quality in the first half of the album to warrant attention.
That doesn’t mean the rest is bad, not at all, just more simple. We have two very nice acoustic, mid-tempo tunes (Oliver is an specialist in this matter) on “Still The Same” and “The Letting Go” which show the emotional side of Hartmann. 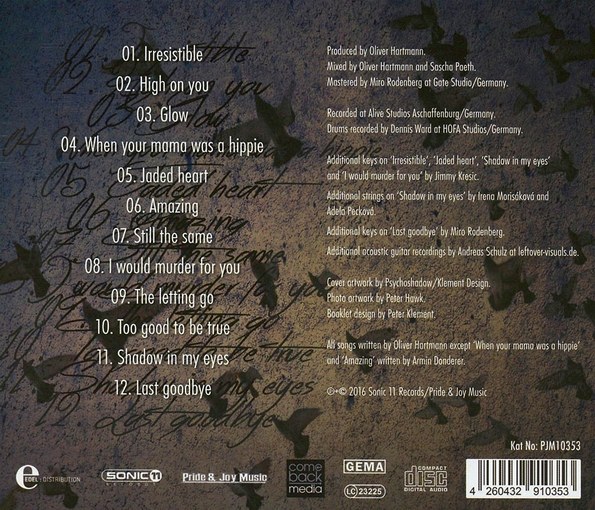 Oliver Hartmann is a talented, complete musician and never fails to deliver. His new album “Shadows And Silhouettes” is a very enjoyable record with some superb tunes mixed with a more laid-back side.
His band feels very tight, strong, and Sascha Paeth provides a pristine sound via his technical expertise production.
Very Recommended