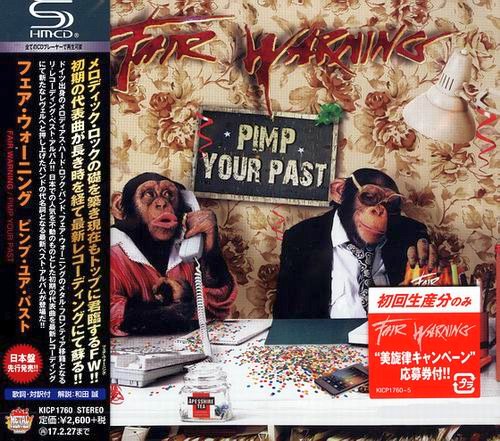 German melodic rockers FAIR WARNING will release their new album “Pimp Your Past” on October 28 through Steamhammer / SPV. But as the band is really big in Japan, just appeared there on high quality SHM-CD format.
The new effort features 2016 versions of the most important tracks from the band’s first three studio albums, “Fair Warning”, “Rainmaker” and “Go!”, originally released between 1992 and 1997.

First of all; Fair Warning is one of my favorite Melodic Hard Rock bands ever. When I read they would do a ‘remake’ of their greatest songs scared me a bit. You now, when a band does this kind of move most the time mean a lack a creativity…
Fortunately, Fair Warning did it again; “Pimp Your Past” is a killer album.

Every single note sees Fair Warning underline the motto which they have chosen for themselves: a good song will always remain a good song.
At the same time, it’s an integral part of the “Pimp Your Past” concept that the arrangements of some of the new versions differ significantly from the originals.

As bassist Ule Ritgen puts it so aptly: “When our Japanese record company approached us with the request for this kind of album, we were skeptical to start with. But once we had made up our minds to not simply re-record the material but furnish it with a few fresh arrangements, the project gained momentum and we were gripped by a kind of eagerness to explore the possibilities.
Especially since the new recording are very energetic and sound excitingly different in parts while their essence has remained the same. You can tell that the originals have a lot of substance and that their quality is extremely robust.”

You can’t go wrong with the material on offer here; ‘Longing For Love’, ‘One Step Closer (really good new arrangements), a fresh cinematic re-work on the classic ‘Out On The Run’, the great midtempo ‘Long Gone’ (now sounding a lot like Europe), a heavier new take on ‘Burning Heart’ and so on… one terrific track after track. 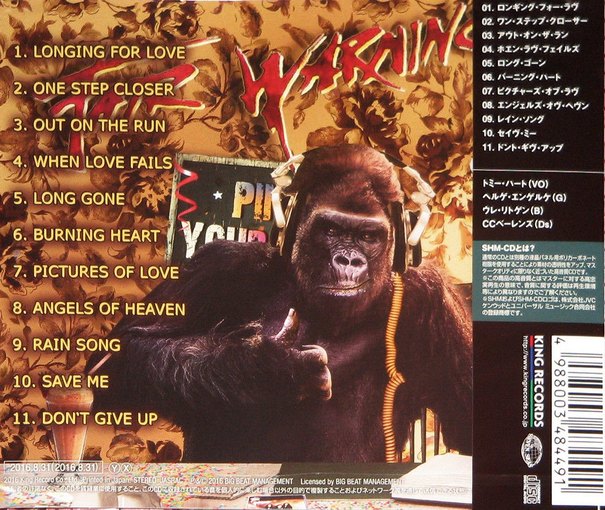 Many would argue that these new versions were not necessary, but I think it’s very cool to hear these great songs in a slightly different form and how the band sound 2016.
Fair Warning never released a bad album, and “Pimp Your Past” is a perfect picture of a band still in full force and with their musicality intact.
Top class Melodic Rock.