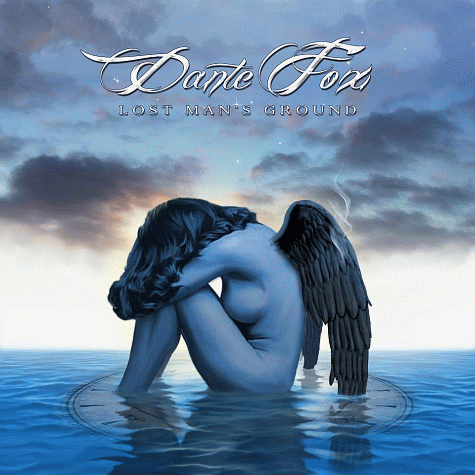 After the excellent new DANTE FOX album one of you asked for a revamp of their most recent releases, some stupendous material deserving a place in your collection.
To British AOR Melodic Rockers DANTE FOX it took seven years to come up with their third album ‘Under The Seven Skies’ (2007) and we had to wait another 5 years for this “Lost Man’s Ground“.
This may seem a long period, but as long as the quality is there, you can’t complain.

And quality is indeed written all over “Lost Man’s Ground”, released independently by the band.
Tim Manford and Sue Willetts have come up here with some of their best songs so far and listening to the end result, you can almost feel the pleasure they must have had recording the new stuff.
Both musicians sound quite mature and they got help from great names such as Eric Ragno on keys and talented Alessandro Del Vecchio on harmony and backing vocals.

This material takes Dante Fox back to their more pure style of melodious AOR packed with terrific harmonies. Very good tracks such as “Who Stole The Innocence” which has a great melodic line, the true AOR bliss of “Secrets” or the soaring melodic rocker “I Can’t Sleep”. 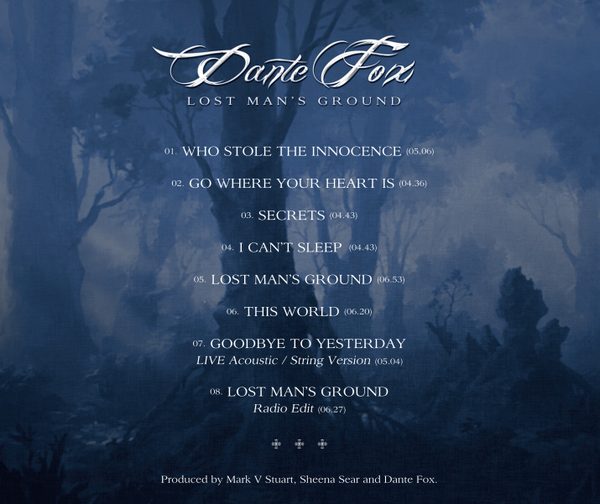 “Lost Man’s Ground” is a great AOR Melodic Rock album in the classic British style. Only 8 tracks but zero fillers, all are really wonderful, brilliant songs in this genre.
This much anticipated release sees the band revisiting the pure AOR of their Nineties debut album but with a superior production by Mark Stuart and Sheena Shear of M2 Studio (Magnum). Despite of being produced & released by themselves, the sound is top notch.
One of my favorite Female Fronted AOR / Melodic Rock releases in many years for sure.
Highly Recommended