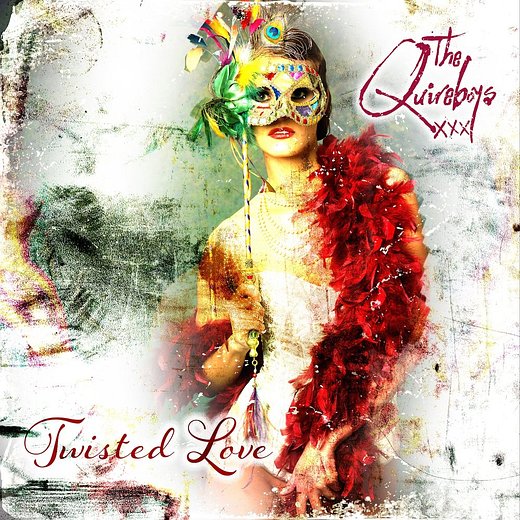 THE QUIREBOYS are ready to release their album number 10 Twisted Love next September, but they are teasing the fans with the “Twisted Love EP” released today August 19th featuring 4 tracks not to be present on the main CD.

Seems The Quireboys are back stronger than ever, as judging the quality of this advanced EP the band feels energetic ‘n rockin’.
Title track ‘Twisted Love’ released as the lead single sees guitar players Paul Guerin, Guy Griffin and frontman Spike joining forces to deliver one of the darkest Quireboys anthems to date. Featuring the sultry backing vocals of blues rock chanteuse Lynne Jackaman it’s a song that shimmers from start to finish.

The EP feature 4 tracks not included in the album; the swaggerin’ rocker ‘Win Some, Lose Some’ (remind me of an Aerosmith song from the early era), two hot live takes of ‘Mayfair’ & ‘I Love This Dirty Town’ dominated by the driving guitars of Guerin/Griffin, plus a Full Length version of ‘Twisted Love’.
Really rockin’ & fun stuff.