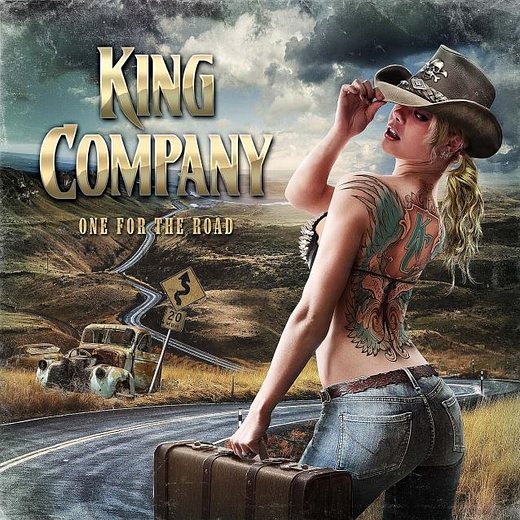 “One For The Road” is the debut CD from KING COMPANY, the new melodic hard rock outfit from Finland to be released on Frontiers Music this Friday 26, 2016.
Formed two years ago, the band comprises experienced musicians from the Scandinavian scene, but most of them coming from heavy metal bands.

Drummer Mirka ‘Leka’ Rantanen (Warmen, ex-Thunderstone, ex-Kotipelto, etc.) had been thinking about forming a new hard rock / melodic metal band for a long time. He wanted to play with people with whom he had worked before and whom he knew both as good musicians and considered friends.
First, he contacted guitarist Antti Wirman (Warmen), who immediately joined the project. Singer Pasi Rantanen was in Mirka’s mind from the beginning, as they had played together in a couple of bands before (Thunderstone, Warmen). After keyboardist Jari Pailamo (Kiuas, Ponies To Kill) and bassist Time Schleifer (Enfarce) joined the band, this ‘supergroup’ was ready to start working.

Broadening the King Company sound beyond classic hard rock, their music has a significant edge thanks to sharp riffage and bristling solos. Still, there’s something more.
In more than a few songs you can detect a subtle blues flavor, in the same fashion Whitesnake always slipped it in to their tunes like uon the excellent ‘Shining’, the melodic ‘Desire’, title track ‘One For The Road’, and ‘No Man’s Land’ (which was the band’s original name). The latter song flows more like a hard rock anthem, yet steady almost smoldering like a fire grasping for more air. 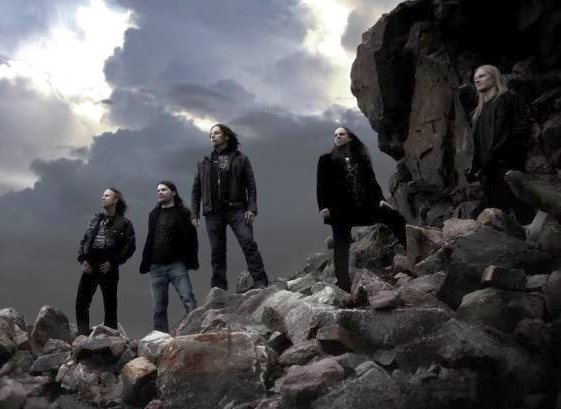 But King Company’s guys also have been raised listening ’80s music, and you can’t discount the AOR factor in their tunes. The songs are loaded to the brim with solid melody, good guitar and vocal harmony (Rantanen sings clean yet with a little rawness to his timbre), likable refrains, and catchy hooks.
Take the glorious ‘Farewell’ and ‘One Heart’, just two songs delivering that AOR momentum at the right place on the album, one in the middle, the other at the end, resulting in a perfect balance to this effective, rocking melodious album.

Catchy and solid Melodic Hard Rock are the best words to describe King Company’s debut ‘One For The Road’, based on the classic style of the genre plus a slightly modern edge resulting in a really, really good and entertaining product.
HIGHLY Recommended