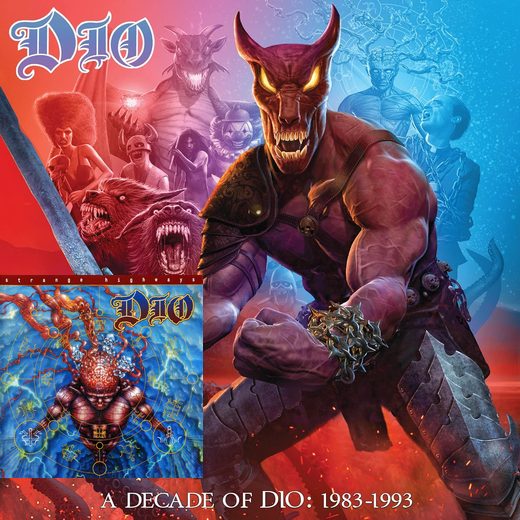 “A Decade of DIO 1983-1993” is a fantastic 6CD Boxset released by Rhino / Warner that brings together the group’s first six studio albums, each one featuring newly remastered sound 2016.
There has been already recent remasters on these essential albums, deluxe editions with extra material, SHM-CD, etc, but believe me, this “A Decade of DIO 1983-1993 Boxset” is the definitive, best remasters I heard.

The sound quality is amazing; all these new 2016 remasters add a little more punch but preserving the ‘original feel’ as it should be on every remastering job.
NOT brick-walled is the key here, keeping the real balance between all instruments and vocals, the real, original mix, just more crisp and clear.

All the 6 albums sound terrific, especially on early albums like Holy Diver and Last Iin Line, as opposed to more recent releases like Lock Up The Wolves and Strange Highways which had more modern production values already. But even the latter have been benefited with some kind of a ‘new vinyl’ quality sound which is a plus for me.

Sold at a really affordable price (half each), featuring the best remastering you could get, each album original artwork and packaged in a solid cardboard box with shimming new artwork (by Marc Sasso, who was responsible for many of the band’s iconic covers) this “A Decade of DIO 1983-1993 Boxset” is a mandatory purchase.
You gotta hear the sound quality, it’s truly amazing.