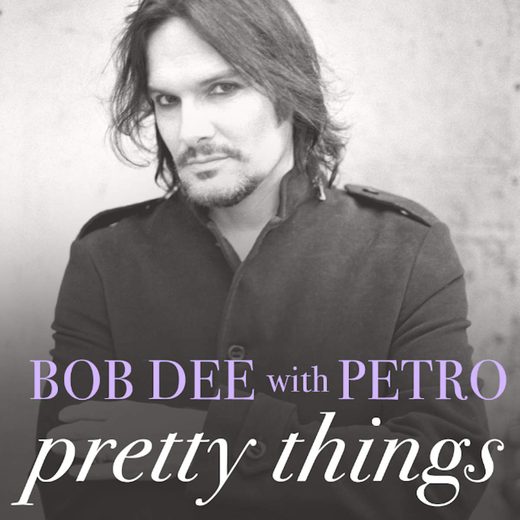 Fronted by singer / songwriter Bob Dee, “Pretty Things” is the new album from New York-based rockers BOB DEE With PETRO. Bob Dee is an experienced musician having played in various bands like Beg Borrow & Steel and with songwriting credits for Paramount Music, Sony and Desmond Child.

In 2004 Dee formed his own band, Petro, which very interesting debut appeared on Melodic Rock specialized label Perris Records.
Bob Dee with Petro style & sound is pretty reminiscent of Cheap Trick, having a soft spot for catchy hooks and well-crafted melodies, with the singer’s emotionally laden, sensual but raspy vocals.

Much like a less drug-fuelled, positive Donnie Vie (Enuff Z’Nuff), Bob Dee has carved out a creation of melodic, emotional class and catchiness that I’ve not heard this side of either the aforementioned Mr. Vie or a decent Cheap Trick album.
However, don’t expect the band riding the ‘80s nostalgia wave. It’s actually the other way round, since “Pretty Things” gets surprisingly modern in quite a few tracks, yet mostly in terms of sound because the songwriting is in the classic, rock&pop / melodic rock vein.

There’s seemingly no filler. ‘Obsession’ is one of my favourites, a tune ready for the Summer and special for an iPod tracklist, but then you’ll hear a track such as ‘Tell Me’, the infectious ‘Spin Spin’ or the melodic rock shuffle of ’24’ and you just have to keep reminding yourself you’ve never heard this band before as it’s all done with such class and professionalism that you won’t believe you’ve not been a fan for at least the last 15 years.
The anthemic ‘Hey Hey’ is another highlight, some kind of Def Leppard goes pop. I really could just mention every song, and all have something to enjoy.

“Pretty Things” is all about poppy melodic rock with an ’80s foundation yet modern arrangements. Bob Dee with Petro are really good at this game and if you like the catchy, easy melodies of the likes of Cheap Trick, Billy Squier, Enuff Z’Nuff, Donnie Vie, and why not, the ‘less produced’ Def Leppard, you gotta check this album.
Really, really good stuff.