“Southern Native” is the first Blackfoot album to feature lead guitarist and singer Tim Rossi, guitarist and vocalist Rick Krasowski, bassist Brian Carpenter and drummer Matt Anastasi. “This record is head-to-head, old school-meets-new school, classic to new rock for a brand new generation,” Medlocke says in a press release announcing the album. “Turn it up loud!”
Medlocke took more than two years to produce “Southern Native”, composing and performing the project along the way. “Rickey bridged the generations by having his grandfather, Shorty Medlocke, play on those early Blackfoot records,” Rossi says. “So having Rickey play slide and other guitar with us on this record bridges the modern gap. It’s a full-circle kind of thing.”
Blackfoot’s most recent studio effort, 1994’s After The Reign, found Zakk Wylde sitting in with one of the latter-day Medlocke-led lineups.

If you did not get it yet, this is a completely ‘new’ Blackfoot, with founder Rickey Medlocke still at the helm, but in terms of managing the b(r)and, producing the album and overseeing the songwriting. This current incarnation is totally made-up by the young musicians aforementioned.
But you know what? They sound terrific!

This new Blackfoot and “Southern Native” still retains some of the band’s legendary Southern Rock vibe, yet mostly on the album’s title. Musically, this is hot bluesy hard rock with an ’80s feel akin Glenn Hughes, Badlands and why not, The Winery Dogs or Black Country Communion.
So, “Southern Native” isn’t an album which is brim full of southern rock songs, but nor is it a balls-to-the-wall heavy rock album either. It sits somewhere in between.
There are some brilliant hard rockers with big riffs and blazing guitar solos such as ‘Need My Ride’, ‘Call Of A Hero’ and ‘Whiskey Train’, but there are also plenty occasions throughout the album such as it’s title track where Blackfoot’s southern heritage shines. 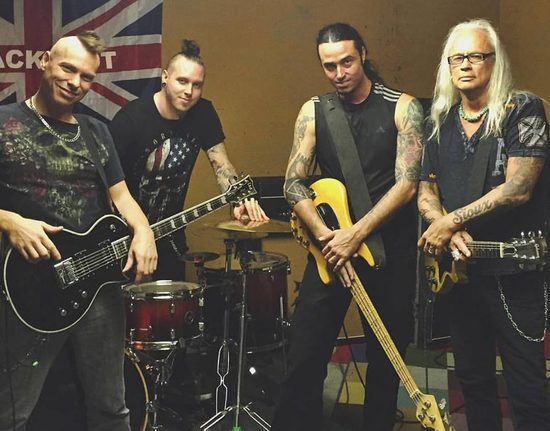 The band also break into the bluesy ballad territory with the brilliant “Everyman”. It’s the kind of song that in the in a world with any kind of justice would be classic rock radio hit.
Another is their take on CSNY’s classic ‘Ohio’. While the original version revolves around the incomparable harmonies only CSNY can achieve, Blackfoot’s version kicks the guitars up to 11 and gives the old protest song a much harder, contemporary edge.

“Southern Native” is a great album which has plenty for long standing fans of the band to enjoy and certainly has enough about it to attract new followers.
It’s Classic Rock, it’s Hard Rock with melody, it’s bluesy heavy stomp. And on all department rocks with energy and class.
Killer record, HIGHLY Recommended